As a Matter of Fact, It Was 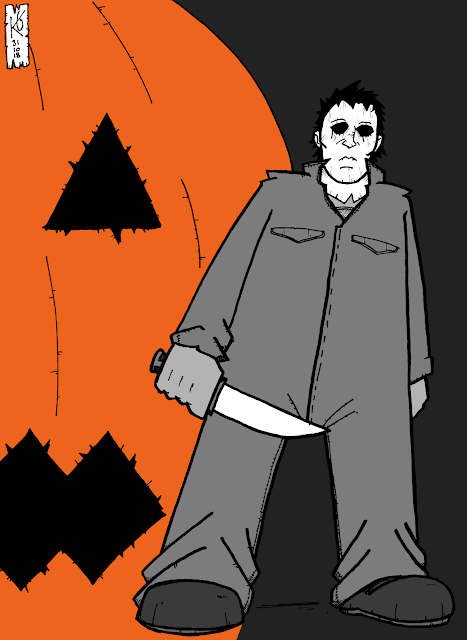 Scrawled unintelligibly by thekelvingreen at 4:33 pm No comments: Links to this post 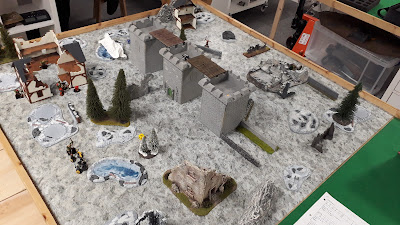 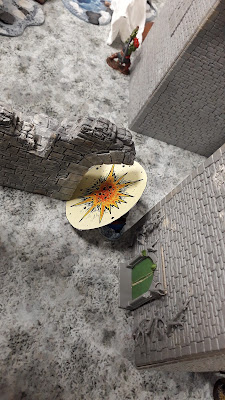 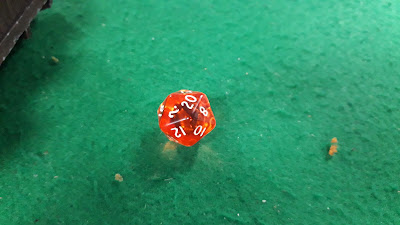 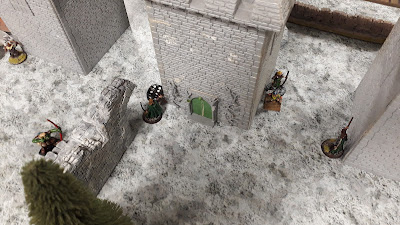 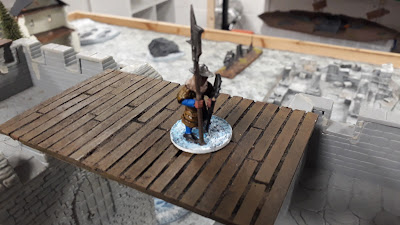 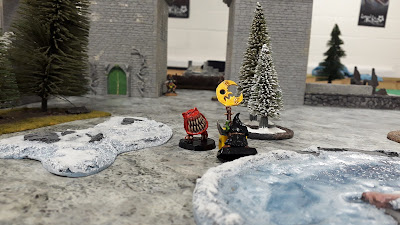 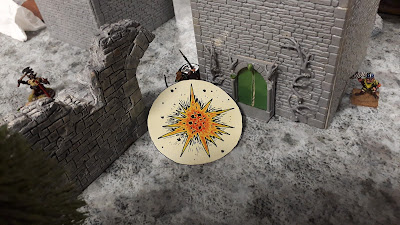 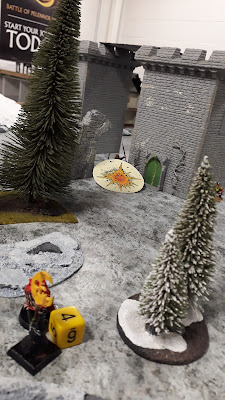 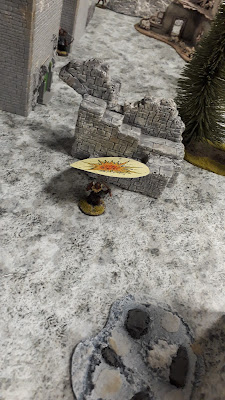 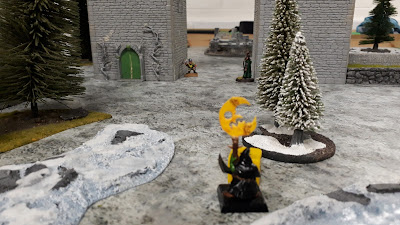 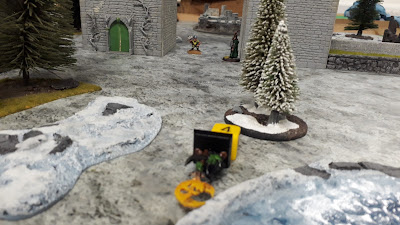 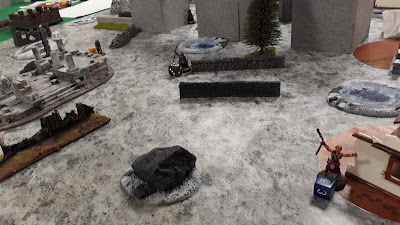 Stuart now leads the campaign two games to one and I'm pondering what I can do to claw back a victory. Our next battle should take place in the cramped corridors of a forgotten library and I don't think that will favour my archer-heavy warband!
Scrawled unintelligibly by thekelvingreen at 5:55 pm No comments: Links to this post

Ye gods, the drama. It's been a bit of a mad summer, but things are calming down, so that's good. He says, typing this in his pants.

Among other life events I am writing A Thing and this is a little bit that has fallen out of the Thing as the Thing has developed; it may end up going back in as an appendix or something.

It's aimed at D&D type games but you could probably bodge something similar for the game of your choice. It's more a matter of philosophy than game mechanics, I think.

The basic idea is that in combat situations, instead of tracking multiple companions, henchmen, pets, servants, and so on, you give the controlling character a bonus. Outside combat, the henchmen act as normal.

What kind of bonus? I suggest giving the character an extra attack per henchman and add the henchman's hit dice to the character; the latter will probably be more useful for a wizard than a fighter, but I think that's okay.

Let's say you're playing Lamentations of the Flame Princess -- because why wouldn't you be? -- and you've got a third level fighter with three basic mercenaries as henchmen. Under normal circumstances, you'd have one attack and three hit dice and you'd be tracking four characters. Perhaps it's easier to just give the fighter four attacks and give them three extra hit dice.

What happens if the boosted character takes enough damage to kill off a henchman? I think the player is offered a choice of taking the damage to the main character, or removing the henchman and reducing their bonus as appropriate.

I think saving throws stay as is, but I could be convinced otherwise. I don't think you would want to increase a character's attack bonus as I think the extra attacks are enough of a boost. I also don't think bolting a bunch of soldiers on to a wizard is going to make his spellcasting better.

(Although I can see a sort of special wizard class that works that way, but that's not on the agenda today.)

I would still allow the henchmen to cast spells or use special abilities where appropriate, but some are not going to work if you're bodging everyone together, and that may be the big stumbling block for this idea. I don't know, it hasn't received rigourous playtesting. Any, in fact.

The main inspiration for this idea comes from certain editions of Warhammer 40,000 in which you can stick a character on a motorbike or some kind of space horse and instead of tracking the statistics of the character and the mount, the character just gets bonuses to their profile. As with most things inspired by 40K, it's probably a stupid idea.

Have a try and see how it goes!
Scrawled unintelligibly by thekelvingreen at 12:19 pm 3 comments: Links to this post