I woke up at about one in the morning the other, er, morning with this thing in my head. I tried to dismiss it and go back to sleep but it occupied my thoughts for another two hours, damned thing. Assuming that it is some sort of Lovecraftian mental virus I've put it on paper so it can infect your minds too. 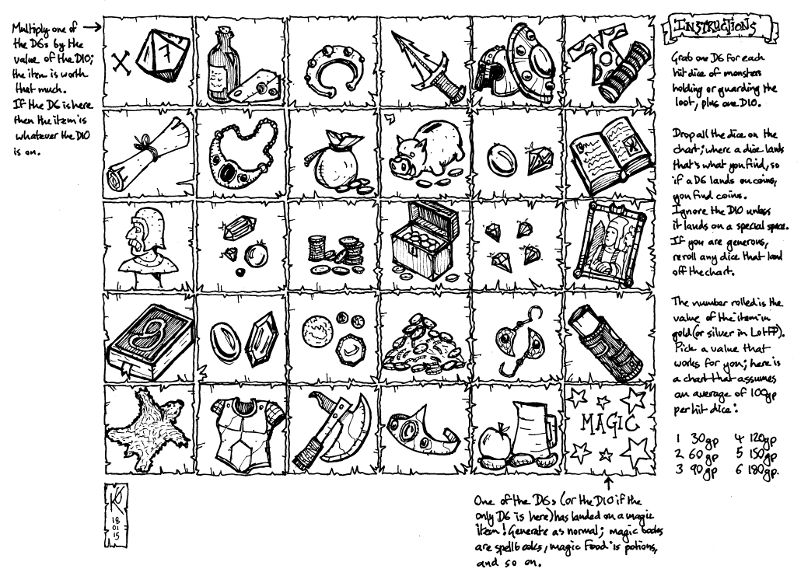 (And here's a reformatted version that you may find easier to use, courtesy of +Dyson Logos.)

I have no idea if it works or if it's any good; I may test it on Friday in what will probably be my group's last Lost Mine of Phandelver Trolltooth Pass session. If you use it, let me know how it goes.
Scrawled unintelligibly by thekelvingreen at 3:16 pm 6 comments: Links to this post

Email ThisBlogThis!Share to TwitterShare to FacebookShare to Pinterest
Labels: die drop, games, loot, stuff that I drew, stuff you can use

We're almost to the end of our Lost Mine of Phandelver Trolltooth Pass campaign now, with perhaps two or three sessions to go. A few weeks ago the party stormed Cragmaw Castle but I wasn't happy with the map given in the adventure; it's pretty but it doesn't make much sense and doesn't seem much like a castle, so I drew a new one. 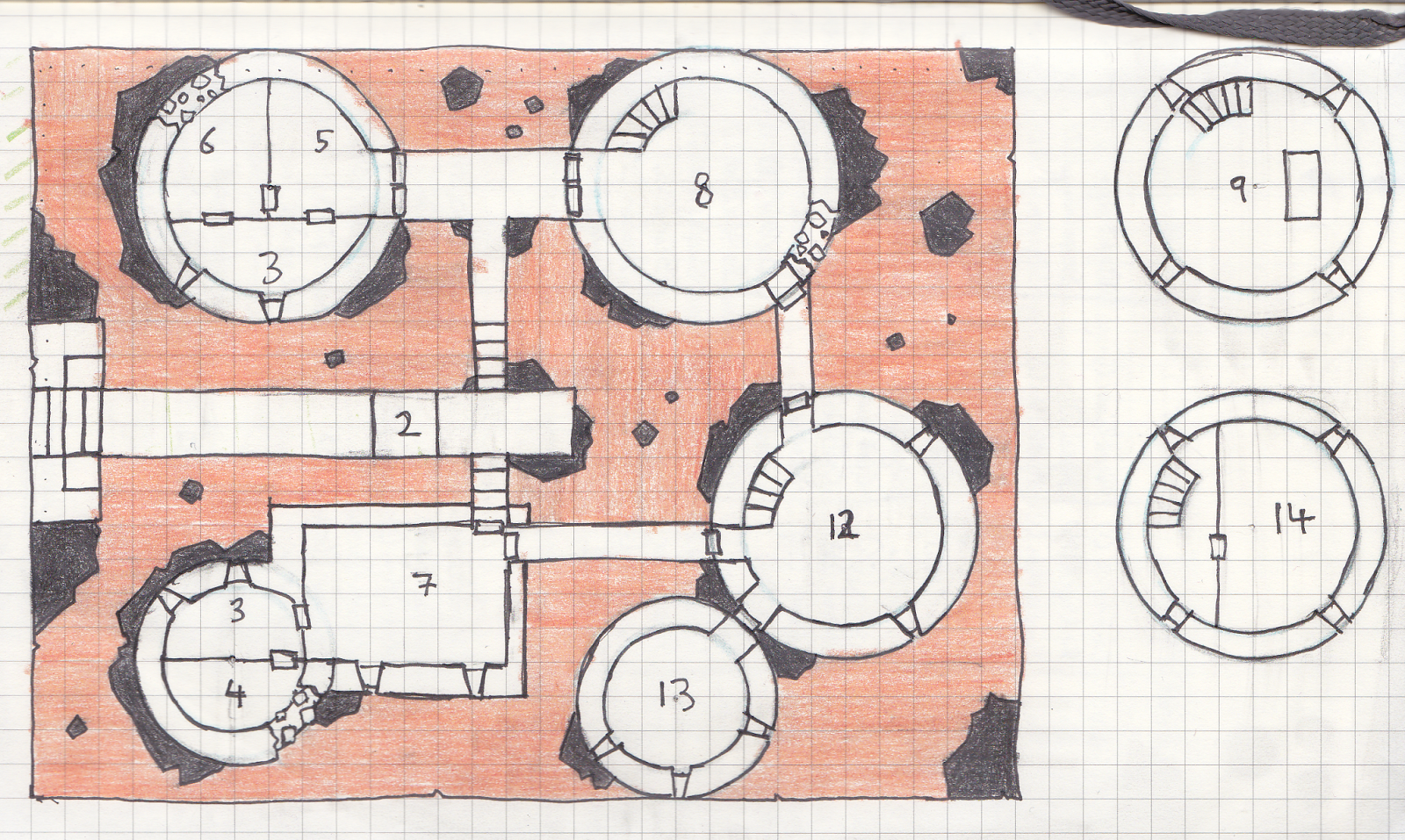 The main changes are that room 11 is gone -- it didn't do anything interesting -- and I've stacked a couple of rooms on top of others -- 9 is above 8 and 14 is above 12 -- so that the castle has actual towers now. Oh, and the castle is now built on rock spires -- crags, if you will -- above a pool of lava, because castles nestled atop lava pits are cool. Or, er, hot.

As such the almost-fatal rock trap at 2 is now an almost-fatal lava pit trap, and it did indeed claim the life of one of the player-characters as he ran across the false floor in a barbarian rage, only to plop into the bubbling hot stuff.

I've hinted at the edges of the crater but not defined them, because I ran out of space; I'd say that they are about three or four squares away from the tower walls, far enough away that jumping is impossible but close enough that clever plans could find a way across.

Feel free to use as you see fit, or indeed not. I have a couple of other maps from the campaign to upload so look out for them in the next couple of weeks.
Scrawled unintelligibly by thekelvingreen at 4:32 pm No comments: Links to this post

Email ThisBlogThis!Share to TwitterShare to FacebookShare to Pinterest
Labels: Dungeons and Dragons, games, Lost Mine of Phandelver, maps, stuff that I drew, stuff you can use

It's the Seventh Doctor dressed as the Eleventh! 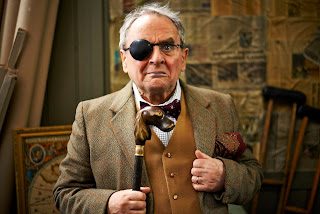 (Alas, it is a promotional shot from a BBC Three series called Crims, but close enough.)
Scrawled unintelligibly by thekelvingreen at 11:18 pm No comments: Links to this post

A year and a bit ago I contributed to the James Maliszewski-then-Greg Gorgonmilk project Petty Gods, a collection of minor deities for use in role-playing games. There's a new edition on the way so I've drawn a new picture for it:

I don't know when the new edition is out but I'll mention it here when it is.
Scrawled unintelligibly by thekelvingreen at 4:58 pm 4 comments: Links to this post