Last of the Time Lords

Copying Vader's funeral from Return of the Jedi, shot for shot, was a bit too cute, even for me, but otherwise... crikey that was a good episode of Who.

Wowsers.
Scrawled unintelligibly by thekelvingreen at 8:14 pm 8 comments: Links to this post

In the Marvel Universe of today, as a result of a lengthy and boring story that claimed to be a civil rights metaphor but was actually about Iron Man and Captain America punching each other, super-powered people in the US have to register with the government or face prosecution. Those who register get the chance to join The Initiative, an organisation that lets Marvel sell yet another Avengers titile stations a government super-team in each of the fifty US states. So Minnesota gets a team, Hawaii gets a team, and so on.

Here are the members of The Initiative: 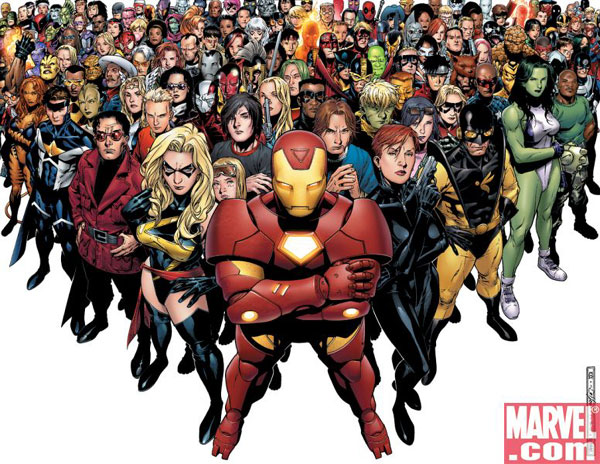 But wait. Who's that towards the back?

Why, it's Captain Britain, a British superhero, from Britain.

Which of the fifty US states is he representing then?

Stupid Marvel.
Scrawled unintelligibly by thekelvingreen at 7:41 pm 8 comments: Links to this post

Gosh, it's been a while. Well, not much has changed in my life, except now I have a proper job, working in the enrolments office of one of Brighton's colleges. The inexorable slide into becoming a grown-up has finally begun...
Scrawled unintelligibly by thekelvingreen at 3:54 pm No comments: Links to this post