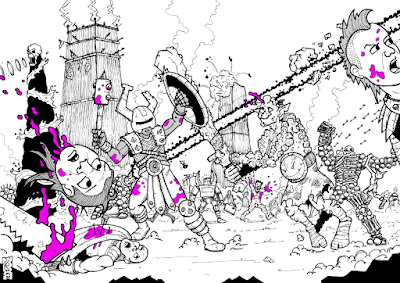 I believe this will be appearing in print at some point, but I'm not sure when or where. I'll update the post when I know.
Scrawled unintelligibly by thekelvingreen at 1:09 pm 1 comment: 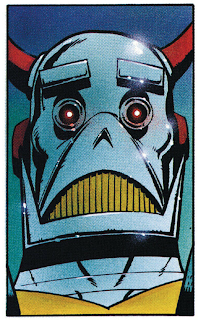 Be aware, this is a nerdy post, even by my standards.

By my count, there are at least four versions of Death's Head running around the Marvel Universe. This matters to no one but me and about three other people, but it's keeping me awake at night, so let's go for a deep dive into some obscure continuity!

(Just to be clear, I'm not cataloguing every version of the character; rather I'm trying to work out how many versions of him are active in the 616 reality.)

I reckon that makes four, maybe five, at a stretch six, versions of the same character active in the 616 Marvel Universe, a situation that looks like an excellent premise for a team-up story. One day Marvel will let me write Death's Head Team-Up and I will write that story, but it is not this day.

But we are not finished yet! For the sake of completeness, because if I were reading this post I would probably ask about them:

Should further versions of Death's Head pop up -- which is a strong possibility given the way the character bounces about -- I will update this post, but I think four -- or more! -- concurrent versions of the same character is more than enough to be getting on with, yes? 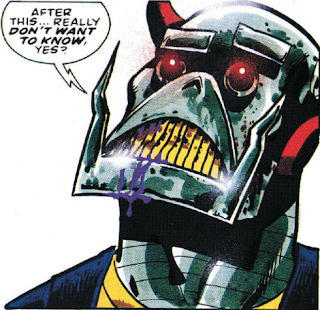 Scrawled unintelligibly by thekelvingreen at 11:54 am 6 comments: 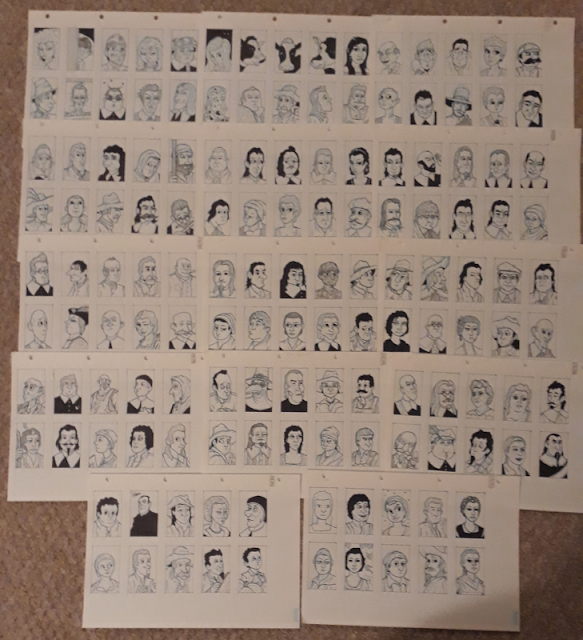 What is this for? I hope to tell you soon!
Scrawled unintelligibly by thekelvingreen at 10:51 pm 3 comments:

After my post about computer rpgs I have not completed, Jensan suggested I talk about the games I have managed to finish. There aren't many. 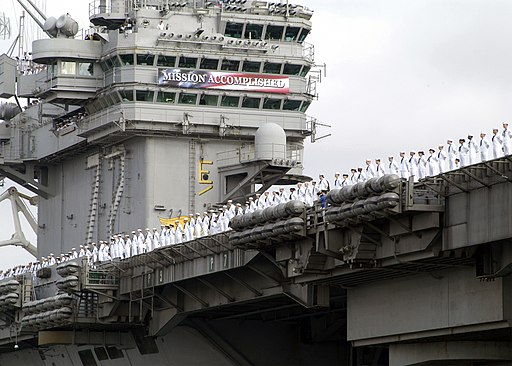 Baldur's Gate II - I played this in 2001 or thereabouts and it remains one of my favourite gaming experiences. I adore this game. I never got around to the Throne of Bhaal expansion, although I do own it; once I've finished the first game in the series, I'll replay BGII and then finish the story.

Dragon Age: Origins - I wanted to play this from the moment it was announced but it took years for me to get a copy. When I did play it what struck me most was how it wasn't much of an improvement over Neverwinter Nights; if anything it seemed like a step backwards. I didn't bother with the expansions or sequels.

Final Fantasy VII - Japanese computer rpgs were not easy to get in the UK when I was growing up. We got even fewer of the Square and Enix games than the US did, although we did get Terranigma and they didn't for some reason. As such, Final Fantasy VII was the first of that venerable series that I played, and I played it to death. I got all of the playable characters up to Level 99, broke the in-game clock, and even then didn't see everything in the game, but I did finish it.

Final Fantasy XII - As a story, this entry in the franchise is rubbish, and even seems to give up on itself by the end, but as a game it's one of the best rpgs I've played. It feels a bit like an online multiplayer rpg but with better, less random, content and no griefing from eleven year olds in Alabama.

Final Fantasy XV - I wrote about my thoughts here. but that was before I finished the game. I wasn't quite as enthusiastic about it by the end. The combat remained rubbish and if anything got even worse with the acquisition of an item that killed anything -- even optional megabosses -- with literally one button press.

Liberation: Captive 2 - Technically, I didn't finish this as it had about four thousand missions, but they were all variations of the first level and I completed the first five or so missions multiple times as a result of save game corruption, so I'm counting it.

Neverwinter Nights - It's good fun, but it's no Baldur's Gate II. Perhaps the best thing about it was all the community content; I downloaded and played loads of homebrew campaigns, some better than the original game.

Ni No Kuni: Wrath of the White Witch - A beautiful game, but an odd one. It's sort of like a Square Enix rpg crossed with a thinly-veiled Pokemon ripoff, and it seems aimed at beginners, but it's packed full of hidden and optional stuff that you have to work to uncover, and I can't imagine many newcomers doing that.

Planescape: Torment - It is just as good as its reputation suggests.

Skyrim - It is nowhere near as good as its reputation suggests.

There is a third list -- rpgs that I have bought but not played -- but we're not going to get into that right now, because it's embarrassing.

Update: I finished Baldur's Gate on the 8th of June, but it launched straight into Siege of Dragonspear so now I have to complete that.


Update (again): I finished Siege of Dragonspear on the 16th of June. It's not very good.
Update #03: I completed Chrono Trigger on the 19th of July. I should probably do the New Game+ at some point, but I'll leave it for now.
Scrawled unintelligibly by thekelvingreen at 9:13 am 5 comments:

My favourite computer game genre is probably role-playing games, I think in part because it's possible to be good at them without having the agility and coordination most other computer games require. For the most part, anyway. There are some exceptions.

Except... I seem to have trouble finishing the things. Although I have completed some, these ones sit in a fuzzy, indistinct limbo:

Baldur's Gate - I'm about two thirds of the way into this one. It's not as good as the sequel -- yes, I am playing them in the wrong order -- but it is good fun and of all the games here is the most likely to get finished. Update: Finished as of the 8th of June 2020, although it launched straight into Siege of Dragonspear so now I have to finish that.

Chrono Trigger - This is technically in the "now playing" category, but I have decided to take my usual approach with Japanese rpgs and spend hours upon hours building my characters to maximum level so that they can steamroller through the rest of the game. Update: I finished this on the 19th of July. It's got about fifteen different endings and I don't think I'm going to try to get them all. I will do the New Game+ at some point, because it feels wrong to not have my party at level 99 but I'll wait a bit before diving back in.

Dark Souls - I got bored. This may come as a surprise as it's one of the best games ever, except I don't think it is.

Fallout: New Vegas - I only started playing this a few months ago and I have hit the level cap through wandering about and completing sidequests. I just need to go and do the main storyline.

Final Fantasy VIII - I haven't played it since 1999 and I no longer own it, so I'm never going to go back and finish it. I hit a wall in the game where my party was too powerful to continue, which is a problem I haven't seen before or since.

Final Fantasy X - I am very fond of this game, but I reached a certain point and could not continue for personal reasons that would probably seem absurd if I explained them.

Golden Sun: The Lost Age - This one's quite good, but I forgot I had it until I started writing this post.

Neverwinter Nights: Hordes of the Underdark and Shadows of Undrentide - I finished the base game but by the time I got the expansions I had uninstalled the original and now my current PC won't run them. 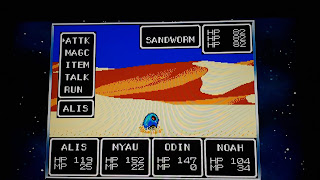 Phantasy Star - I have probably played this more often than any other rpg, but I have never got around to finishing it. I had the original on the Master System and I started it at least twice because my original save was corrupted. I started it again on the Wii, at least twice on the PS3, and I'm sure I started playing it via emulator at least once too. It's a great early(ish) console rpg but for some reason I can never finish it. Maybe in 2022, for its 35th anniversary.

Vagrant Story - I never quite got a hang of the combat system in this one and playing it is a bit of a faff as I have a US copy.

The Witcher 3 - I got bored again, although I can tell it's a much better game than Dark Souls. I think the combat system turned me off, as it's based more on the player's dexterity than it is on equipment and statistics, and dexterity is my dump stat.

Xenoblade Chronicles - I stopped playing this one because I liked it so much I didn't want it to end, which is one of the best reasons to pause, I reckon. Ridiculous too, as it's had two sequels and two remakes since. Oh well.

One significant issue is that I have a stack of unplayed rpgs waiting for me when I clear this backlog. It never ends.
Scrawled unintelligibly by thekelvingreen at 12:38 pm 10 comments: