We Step Through London, the Streets Holding Onto Us

Last time the assassins and spies private security consultants of Red Line Corporate Solutions went looking for some missing colleagues, bumped into a mysterious kill squad, then ran into what seemed to be a vampire, and fled screaming into the night. Later, they discovered that the cause of all this trouble seemed to be a copy of Bram Stoker's Dracula, covered in notes in various hands. 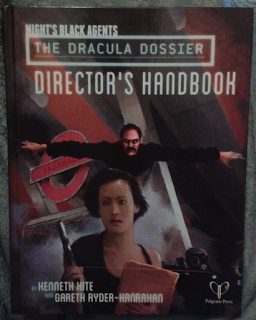 The central conceit of Pelgrane's The Dracula Dossier is that in 1894 the British government attempted to recruit a vampire, but that the operation went wrong. The case files were edited and then released as Dracula -- explaining why the novel comes across as a series of diary entries and letters -- but the original report has been discovered and released. Now it's up to the player-characters to investigate and find out how deep the conspiracy is, and whether Dracula is still a threat.

This is done through an audacious and somewhat daunting method; alongside the campaign book itself, Pelgrane has released an edition of Dracula bursting with annotations and new -- or rather, restored from earlier drafts and alternate editions -- content. As the player-characters find the document, the players are given the book and then are instructed to go away and read it and then tell the GM which leads and clues they wish to pursue; each clue points to a section of the campaign book, so in theory the GM can respond to the players' investigations with prepared content. It's ambitious and is no doubt the biggest and most unwieldy player handout ever, but it seems to be working out for us.

With the mysterious bundle of pages in hand, the Red Line team decides to head for London, the final destination of the missing members of Ibáñez Security Solutions. Before they go, they make sure that Katarina and Theodore of Ibáñez are safe, or as safe as they can be with a mysterious conspiracy at work and at least one vampire running about.

On the flight over to London, the team skim through the Dracula Dossier and do some internet research on the clues they uncover. Carmel goes a step further and tries to hack the British government's Defence Intelligence Fusion Centre to see what they know about the location of Castle Dracula, but not only does she fail to gather any useful intelligence, she also suspects that she may have tripped some sort of alarm.

The team lands in the evening of the 12th of May; Natasha takes Carmel to a dodgy East End boozer to meet her old friend Harry Noone, or "Hatchet Harry" as he's known in the London underworld, while Max and Sten organise accommodation. Harry is pleased to see the Russian and they spend some time reminiscing and drinking before they get to business. Natasha asks for guns and as it happens, Harry has just "acquired a box of shooters from some Albanians"; the details are worked out and Harry promises to send his son Shaun over with the delivery in the next few hours.

Soon enough, a lanky lad in his early twenties turns up at the team's local hideout and unloads a crate containing a few sub-machine guns, plenty of ammunition, and -- to Carmel and Natasha's delight -- some hand grenades that Harry threw in -- ho ho -- as a bonus.

The next morning the team looks for Carfax, which, according to the Dossier, was Dracula's London home in 1894, as well the nearby asylum run, in the book, by John Seward. Again and again the team is frustrated as it appears that there are no digital records of either Carfax or the asylum, so Max and Sten contact the local historical society and ask a lovely elderly woman named Doreen if she and her friends can dig up any information on either location. Later, Sten gets in touch with his brother -- an MI6 operative -- and asks him to find out what he can about the Gibraltar incident and EDOM, the latter a reference that crops up in the Dossier multiple times. 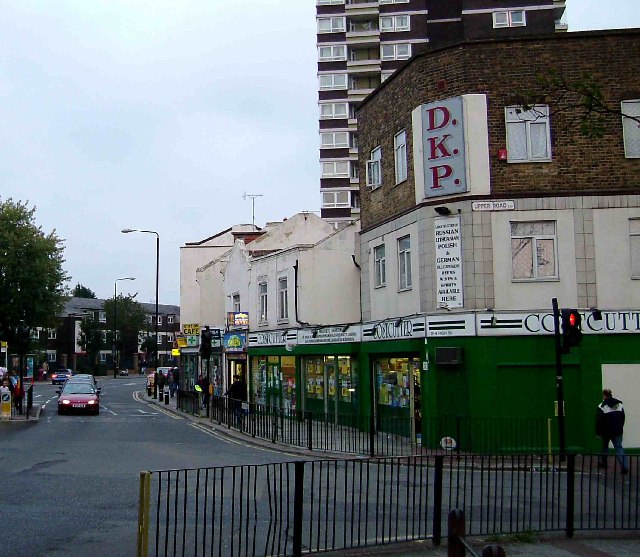 The team decides to visit the area in person. The novel gives the location of Carfax as Purfleet, but the Dossier notes claim that Plaistow is the actual location of both sites. They visit the local records office and Sten flashes his -- expired -- MI6 identification, which gets an enthusiastic response from the office manager; the team is allowed access to the files and they soon find the address of an asylum in the right area and time period, although the chief physician was James Sanders rather than John Seward.

At the address, the Red Line team finds a Victorian building with a small and inconspicuous sign stating that it is an NHS Haematology Research and Treatment Centre. They also note a high wall around the building and a manned guard post, both of which fuel their paranoia, although Max fixates on the "haematology" part of the sign and begins to see vampires around every corner.

A quick bit of online research -- and a little hacking -- by Carmel seems to suggest that the site is legitimate, and upon discovering that the facility stores and studies both rabies and malaria among other diseases, the team concedes that it is perhaps not too unusual for there to be guards posted. Even so, they resolve to return later for a closer look.

With the probable location of the asylum identified, the team spend some time narrowing down the spot on which Carfax stood to the quiet and not-unpleasant Harcourt Road. Max nips off to borrow or rent some surveying gear and upon his return wanders up and down the street with it until he discovers some sort of structure beneath his feet.

Meanwhile, Natasha has rented some digging equipment and, under the guise of local council employees, the Red Line team digs a hole right in the middle of the road. One of their mini drones is sent down and a large vaulted chamber is discovered, with passages stretching off into the darkness. As the team discusses their next move -- Max is not keen to descend -- Natasha grabs a rope and dives down the hole, only to get a bit tangled. The Russian twists in a slow, upside-down, circle as her colleagues climb down after her, trying their best not to laugh.

With a liberated Natasha in the lead, the team investigates the underground complex, picking their way along with considerable caution. Max in particular becomes more and more tense as they map out the chambers below Harcourt Road, but for the most part the dungeon ruins are empty of anything but rats and broken masonry. They do find a staircase and a door that opens -- after some tinkering from Carmel -- into a cellar flat; the flat is empty but both the cellar and front doors are in good repair, and it's clear that someone has been in to collect the post.

It seems that someone is using the flat as an entrance into the Carfax ruins, but why is beyond the team, and they push on and discover a crypt-like chamber with red walls. By this stage Max is quite keen to return to the surface, but they stay long enough for Carmel to scrape a bit of the pigment from the wall for later analysis. Everyone hopes it is not blood.

They attempt to exit via the hole in the street but they freeze when they note the flashing blue lights of the local constabulary. Creeping back to the flat, the team peeks down the street and spots two officers poking around the roadworks; a brief discussion follows in which the idea of gunning them down is floated, but in the end the team decides that a subtler approach is best. Through some deft rhetoric, the team's lack of a digging permit is shrugged off and the police officers are convinced to go on their way, although Carmel is a little disappointed that she didn't get to use her grenade.

Next time: what not to do in an art gallery.
Scrawled unintelligibly by thekelvingreen at 8:32 am