Scourges of the Art World

Last time, the Red Line Corporate Solutions team arrived in London, following the trail of their sort-of-colleagues from Ibáñez Security Solutions, who had disappeared while investigating Dracula, who turns out to be real. Or was real in 1894, at least.

The team sends the samples of what they hope is paint -- scraped off the walls of the ruins of Dracula's former London residence -- off to a laboratory for analysis, then they research "Ring", which they believe to be a location linked to Dracula, the UK security services, or both. It turns out there are two such locations: The Rings, in Beaulieu in Hampshire, a training site for the Special Operations Executive during World War II; and Ring in Surrey, a less active wartime training site for the SOE, but also the traditional seat of the Lords Godalming over the years. Given the prominent presence of a Lord Godalming in Dracula, the team suspects this is the place. 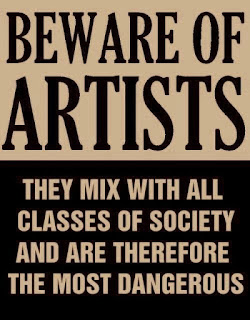 They use Google Maps to scout the latter location -- they use Google a lot; it should perhaps be added as a skill -- but gain no useful intelligence via the public service. Turning to Lord Godalming they find that the current holder of the title is a William Peter Hinton, rather than the Holmwood they expect; they suspect that Bram Stoker changed the names of the principal actors in his mission report.

Although the old Hinton/Holmwood estate is a tantalising target, the Red Line team decides to gather more information before they attempt a physical approach. Instead they decide to follow the one solid lead they recovered from the Ibáñez team, a reference to someone or something called "Aytown-Baptiste" in London. Once again they turn to Google -- the company should perhaps be getting a share of the experience points! -- and discover an art dealer by that name; they decide to visit next morning.

In the meantime, Natasha heads off to a bar to get drunk, Sten and Max arrange some new accommodation for the team -- one can never be too paranoid careful when there are secret agents and vampires involved! -- and Carmel goes to meet her ex-husband for a meal.

Carmel's ex is Arthur Hepworth, a defence correspondent for The Grauniad; he and Carmel met while he was covering the Israeli-Palestinian conflict -- and she was doing something shady for Mossad, no doubt -- but their marriage didn't survive the couple's return to the UK. That said, their friendship remains strong and the evening is a pleasant one, even after talk turns to business and Carmel asks him what he knows about both EDOM and Lord Godalming.

Arthur tells his ex-wife that he's never heard of EDOM, but that he will look into it; on the other hand, he is quite familiar with Hinton and has met the peer a number of times. He tells Carmel that Lord Godalming has a keen -- some would say aggressive -- interest in British defence, is a former soldier, and sits on the Joint Committee on the National Security Strategy. Carmel asks if Arthur can arrange a meeting with Lord Godalming, and he promises to do what he can.

Carmel almost returns to the wrong hideout until Max and Sten remember -- just in time -- they they need to tell her that they have moved to a new location. Somehow Natasha finds her way to the new digs, and the team rest.

The next day, Red Line Corporate Solutions visits the gallery and art dealership of Vivienne Aytown-Baptiste. Carmel and Natasha take the lead while Max and Sten stay out of sight. Aytown-Baptiste proves to be a tough customer and doesn't respond to their initial questions, and even remains impassive when Natasha loses patience and namedrops Dracula himself. Carmel and Natasha lock the door and prevent Vivienne from calling the police, then bundle her upstairs for further questioning.

Things get a little chaotic, as Max and Sten enter the building but attempt to remain out of Aytown-Baptiste's sight, while the Carmel and Natasha take turns in roughing up questioning the artist and exploring the building; Carmel also takes the opportunity to conceal a few bugs around the place. Hidden in an attic they find a series of mysterious busts -- Vivienne claims they were sculpted by her mother -- and a crate full of old gold coins, most of which Natasha pockets. In a locked gallery on another floor they find a series of photographs that appear to be of the group of people who defeated Dracula in the nineteenth century; again the names are different to those in the novel. In the office safe Carmel discovers some ledgers that seem to track unofficial transactions made by the dealership; few details are given, but two names come up again and again: "Cemal Gusa" and "Geminii"; Carmel posits that the former is a Turkish name, but the significance of the second escapes them for now.

Despite Natasha's attempts at persuasion, Aytown-Baptiste refuses to talk so the team decide to let her go and track her. They develop a ruse in which Max and Sten -- neither of whom have been seen by Aytown-Baptiste -- pretend to be on the trail of Carmel and Natasha and scare them off, allowing Vivienne to be "rescued". The art dealer appears to be fooled but doesn't give much away, even as Max plays the Good Cop.

Aytown-Baptiste returns home, with Carmel and Natasha following close behind. Using a laser microphone Carmel spies on the artist as she makes a couple of phone calls to the police and her insurance company, as well as one to an unknown party, in which she describes the events of the day. The team manage to track this call to a Geoff Berkeley, a prominent London businessman, and race off to his house in Fulham only to find him already gone. Sten telephones Berkely's home in an attempt to discover the businessman's whereabouts but rather blunders the conversation with Mrs Berkeley; asking to speak to "the man of the house" doesn't work quite as well in 2014 as it did in 1944.

Max and Sten return to base while Carmel and Natasha hang about the Berkeley house, and as night falls, the latter pair spot the businessman's car returning from wherever it was he went in such a rush. Once she is sure she won't be seen, Carmel sneaks up and attaches a tracking device to the car, before fleeing into the night.

Next: blowing up Belgravia!
Scrawled unintelligibly by thekelvingreen at 9:33 pm