We were supposed to take a week off, but it turned out to be over a month! Oops.

Last time, half of the Red Line Corporate Solutions team was torturing the owner of an art gallery, while the other half was watching their faces appear on a BBC news report in connection with the murder of a prominent businessman. As you do.

The Red Line team consists of:

Natasha decides that she's had enough of gallery owner Vivienne Aytown-Baptiste's lack of cooperation and shoots her in the head; Carmel has spent too long in the shadows to be shocked as she's splattered in blood and brains, but even so she is surprised at the Russian's sudden violence. They clean up and then leave to meet Max and Sten.

The team decides to leave the UK, at least until the police interest in them -- they suspect this to be prompted by the vampiric cult they uncovered in London -- wanes a little. They return to the small south coast airport at which they landed their plane to find that the police are already there; tuning into police communications, the Red Line team discovers that the authorities are conducting a search on their plane but that there's no indication that they expect the fugitives to be at the airport. Even so, the team decides to avoid a possible confrontation with the police and Carmel suggests stealing a boat from the nearby marina and nipping across the Channel to France.

They do so and arrive in France without any complications. There are some references to Munich in the Dossier so the team rents a car and drives to Germany. Max is happy to be home and he encourages his colleagues to relax a little and enjoy themselves; much beer is quaffed and many sausages are munched.

(With all this zipping across the map and long, hearty lunches, the game is starting to feel more like Lord of the Rings than Dracula!)

They go to the Alte Pinakothek to follow up one lead, but the trail seems to have gone cold. A trip to a local mausoleum also proves fruitless and the team is not confident of finding anything useful at the nearby cemetery -- where they suspect that a vampire is or was buried -- either. 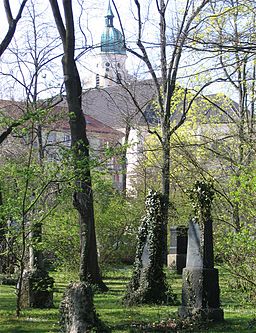 They search for the alleged vampire's tomb and find nothing, but they are puzzled by an area of the cemetery that has been fenced off. Signs indicate that the restricted area is patrolled by Overwatch Security, a group that is not known to the Red Line team, and an attempt to engage a pair of guards in conversation does not go far.

Even so, this is enough to make the team suspect there is something fishy going on. They research Overwatch and discover it to be a subsidiary of HGD Shipping, a company with a headquarters in Rotterdam and offices in London and Varna; the latter two locations are significant in Dracula and this is enough for the investigators to conclude that they are on the right track.

Natasha gains access to a neighbouring rooftop and spends a few hours watching the cemetery; she makes note of the security shift changes and is surprised by the large number of guards present at the site. She also sees evidence of some sort of excavation but cannot get a clear enough look from her vantage point to see what is occurring.

After a brief discussion the team decides that the best way to discover what is happening within the enclosure -- or at least to make a start -- is to interrogate some of the guards. They wait for another shift change and follow a pair of guards -- Gunther and Kristian -- as they head to a bar; there Max plies them with beer in the hope that they will be more open to questions.

This almost works as Gunther starts getting chatty; alas Kristian seems to have a higher tolerance to alcohol and cautions his colleague to keep quiet. Later, Kristian seems to suspect Max and bundles the sozzled Gunther out of the bar and takes him home. Max follows but is spotted and he and Kristian scuffle; the guard brings out a knife and Max is stabbed, but he turns the blade on his opponent and leaves him dead in the street. Max then grabs the semi-conscious Gunther and takes him to another bar, the sort where no one raises an eyebrow when someone stumbles in covered in bruises and cuts.

There, Max buys more drinks and gets the information the team needs. Once a month or so a lorry arrives at the cemetery enclosure and then boxes of earth -- from one specific area -- are loaded. Gunther doesn't know where the boxes go or why they require such security, but Max has his suspicions.

The team decides to wait for this lorry to turn up and so they spend a few weeks in Munich, resting -- there is more beer and sausage -- and taking turns to watch the cemetery. On the third of June 2014, the vehicle does indeed arrive; it displays the logo of Axel Logistics, a company Red Line has linked to the London conspiracy, and so they are certain they have found something significant. They follow the lorry to a freight yard, where the boxes are loaded on a train; Carmel sneaks in before the train departs and places a tracking device on one of the boxes.

They get in their car and drive through the night as they follow the tracker towards Rotterdam and the headquarters of HGD Shipping. The boxes arrive at the HGD building and are taken to an upper floor, where the tracking device is deactivated; there should be at least a couple of hours left in the battery, so the more paranoid members of the team begin to suspect that they have been found out.

As dawn approaches, the team sits in its car watching the HGD building from a distance, and ponders its next move.
Next: a hostile takeover!
Scrawled unintelligibly by thekelvingreen at 1:09 pm