As should be more than apparent by now I'm not a Dungeons and Dragons man. I didn't start with it and I didn't play much of it until recent years so the game doesn't have the same hold over me that it does other of my blogging peers; even so it is the original fantasy role-playing game and there is such a thing as the D&D style of play and that's something that even I have wanted to try now and then.

The problem is that I never found a version of D&D that I liked. I played a couple of fun sessions of AD&D2 and-

Hang on, this is all a bit familiar.

If Lamentations of the Flame Princess is my favourite "basic" D&D variant then 13th Age is where I go for my "advanced" jollies, although that's not the most accurate label as most of the complexity is on the players' side, and the rest of the game is quite simple. Indeed, that's what first attracted me to the game; I was looking for a compromise between the lighter D&D variants that I prefer and the more complex approaches that are popular with others in my group. 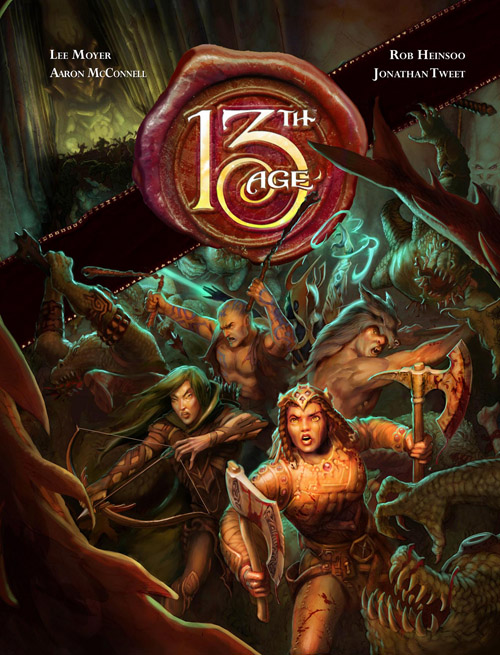 Having now run a campaign -- or rather half of one; I hope to revisit it in 2015 -- I can say that 13th Age is a successful compromise, although I know a couple of my players are not as convinced as I am. I haven't experienced it as a player yet -- Stuart has hinted at running a few sessions -- but as a gamemaster it is almost perfect.

Half of the ruleset is a light and uncomplicated variant of the d20 system with the stacks of modifiers and situational mechanics stripped back to a minimum, almost to the level of Basic D&D. Monsters are even simpler in terms of numbers, having only five or six statistics rather than a full statistic block; 13th Age uses the space saved to give each monster a unique and interesting special ability that is easy to remember and -- in most cases -- fun for the gamemaster. I keep banging on about the 13th Age kobolds but they're an excellent example of the system's approach; I have never had as much fun running monsters in a fantasy game as I have in 13th Age.

The other half of the game consists of airy fairy storytelling mechanics of the sort one would expect to see in Fate rather than the offspring of D&D. Every character gets One Unique Thing, a non-mechanical feature that places them in the setting as someone special; in 13th Age everyone is a Special Snowflake and I should hate that but in play it involves the players in creating the setting, involves the player-characters in the setting, and helps to generates story. Each character also has a number of relationship dice representing their connection to powerful non-player-characters in the setting; these have various effects, from generating story details on the fly -- who sent the assassins? -- to giving the GM hints about what could happen in the next session. I will be honest and say that this is one part of the game that I found difficult to grasp and exploit to its full potential but I think that's a problem of explanation rather than concept; the rulebook needs more examples of how the relationship dice are supposed to work at the table. 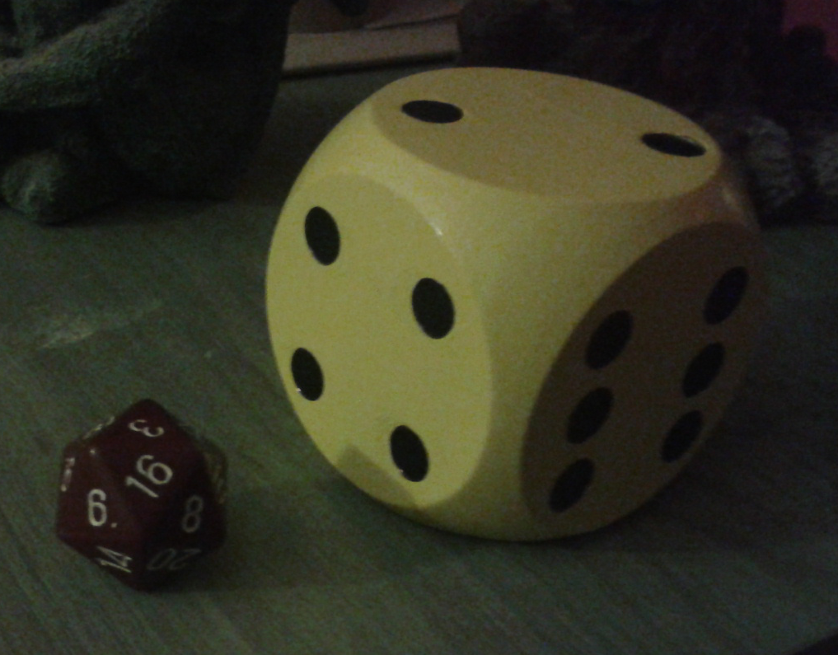 All this results in a game that is recognisable as a version of D&D but with a lot of back-and-forth at the table, not in the sense of rules arguments -- hello Pathfinder! -- but more in terms of a series of "what if this happens?" or "how about my character does this?"; this is what makes role-playing games unique and what they should always be about but I think a stricter ruleset can obfuscate things and one can forget to have fun. D&D4 was designed to be robust and fair but 13th Age tells you to buy the biggest d6 you can and slap it down in the middle of the table to use as the Escalation Die and add tension to battles. I know which approach I prefer.

Next: rampant Savagery!
Scrawled unintelligibly by thekelvingreen at 8:24 pm