When last we checked in with the agents of the Special Operations Executive they had handed over some of their identification papers to a group of young German soldiers. Their logic was that as undercover agents they didn't want to draw attention to themselves by causing trouble with the authorities, but upon reflection the team realised that not having identification would be worse in the longer term. As such they decided to find the German squad and ask for their papers back; with the persuasive Tidelina on their side the team had an excellent chance of convincing the young soldiers to return the documents. 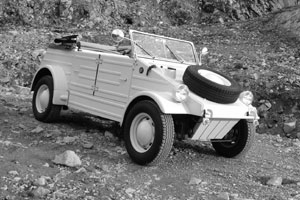 Except what in fact happened was that Tidelina went for dinner and Pierre-Yves started snooping around the Germans' Kübelwagen, provoking the soldiers and leaving O'Brien to defuse the situation. As it turned out, this group of hotheaded young squaddies were immune to his Irish charm and drew their pistols.

McVeigh had sneaked off and fired a couple of shots in the air in an attempt to draw the Germans away; his plan worked to an extent as three of the five soldiers ran off to trace the source of the gunfire, but this left two drunk Germans waving their firearms in the faces of Bertrand and O'Brien.

O'Brien made a break for it and the Oberschütze holding him at gunpoint hesitated, the French beer clouding his judgement. After a moment or two he came to a decision and ran off in pursuit of the Irishman, leaving Pierre-Yves and the last of the German soldiers to stare at each other, neither sure of what to do. A few tense seconds later they seemed to come to some kind of unspoken understanding and the pilot from Toulouse ran off while the soldier went after his commander.

O'Brien managed to evade his pursuer but in an attempt to double back he ended up running straight into the German and the resulting scuffle ended with Fergus shot in the shoulder and the Oberschütze taking a couple of bullets, one right in the eye. O'Brien stumbled off into the darkness, clutching his wound. and bumped into McVeigh, who had shaken off the other three soldiers; together they returned to the corpse of the German and retrieved their missing papers before pitching the body into the river and watching it float out of sight.

Tidelina and Tinkerton finished their dinner and on their way out of the restaurant, the scientist had a quick look at the soldiers' table; to his surprise he found Pierre-Yves' identification papers and a P08 pistol the Germans had left behind in their rush. Having been established during character generation as "a bit shifty", Tinkerton pocketed the lot.

To the north of the village Pierre-Yves had found his way to the Martin farm, where they team had hidden their supplies and radio. Upon announcing his arrival the French pilot heard sounds from within the house that suggested that the Martins were hiding something away. Helena and Jacques invited him in and as they chatted the latter locked and bolted the door behind Pierre-Yves. The players were convinced by this point that everyone in the village -- except perhaps for Raimond Decharette -- was a cultist, so Jacques' zealous security arrangements had everyone thinking that Pierre-Yves' time was up.

The Martins did not sacrifice Bertrand to a cosmic horror and in fact wished him well as he collected his gear and set off towards the Decharette mansion, where he intended to stash the radio. On the way back he spotted someone waving at him from the edge of the woods -- the spooky woods in which O'Brien and McVeigh had got lost soon after their parachute drop -- but could not make out any details and didn't feel like getting closer to that blighted place.

As the night drew on the team members arrived at the Shunned House their rented home and got some rest. They thought that given the evening's events it would be prudent to take turns standing watch and it was during his turn that McVeigh nodded off and had a strange dream in which a smart, bearded man opened the front door of the house and walked in, taking a seat next to him. This odd gentleman posed a series of vague questions to McVeigh and the former commando got the feeling that he was being tested; satisfied -- it seemed, anyway -- with McVeigh's answers the man got up and left the house and McVeigh woke to find himself having slept well into Pierre-Yves' shift.

The next morning the team split up and went off to their respective jobs. O'Brien and Bertrand stomped over to the Decharette mansion where they did a spot of gardening and some light repairs around the house; during their lunch break, Pierre-Yves used the radio to contact London but at first could only pick up what sounded like distant, echoing pan pipes. With a bit of tinkering -- and one or two firm thumps -- the Frenchman was able to banish the odd interference and made his report to SOE HQ. Later that afternoon O'Brien and Bertrand attempted to question their employer Raimond Decharette about local history but seemed to upset him so much by doing so that he retired to his room for the rest of the day.

Meanwhile McVeigh and Tinkerton went to the former Decharette copper mine. They arrived to see a small crowd gathered as a German officer talked about a missing soldier and asked the assembled workers to come forward if they had any information on the young man's whereabouts. After this the two SOE agents were given an introductory tour of the mine and McVeigh reckoned that the layout of the upper level matched that of the map they'd found. He also found where the mine's explosives were kept but while snooping about he was caught by a guard and marched to the the main office. 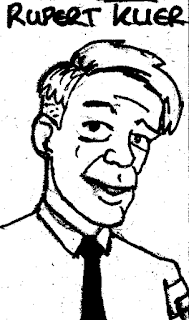 There McVeigh met the German officer from the morning assembly, an amiable fellow who introduced himself as Oberstleutnant Rupert Klier; despite Klier's charming exterior the encounter was tense as the German recognised that McVeigh's accent was a bit wonky, but the intervention of the mine's clerk and accountant -- and sort-of ally -- Louis Valoir diverted the German's suspicions and McVeigh was allowed to return to work without further investigation or discipline. Later in the day McVeigh approached Valoir with a request to be assigned to guard duty -- thinking that such a role would give him more freedom to explore -- and the clerk promised to do what he could, but that it would require Klier's agreement.

That night McVeigh received another nocturnal visit by the strange gentleman, who gave his name as Nicholas. He taught McVeigh a poem and told him to recite it in an old place, but only at night; by this point the players were convinced that "Nicholas" was Nyarlathotep, but they think every other NPC they meet is a Great Old One in disguise, so it's not a significant hypothesis.

The next morning the team decided to follow up on some leads and head to Cahors to investigate the cathedral library there. They found clues that confirmed that the missing German occultist Lional Malo -- their secret mission is to find him -- had been to the library and had been reading a book called The Revelations of Saint Serenus. They found the book and Tidelina spent some time reading it with the help of a young priest, only to discover that some pages had been torn out; the librarian remembered that the missing pages were some sort of chart or diagram and informed the team that there had been an attempted burglary soon after Malo's visit. The librarian suspected vandals had damaged the book; the agents suspected an occult conspiracy.

With their leads drying up the agents decided to try to question Raimond Decharette once more, this time with a bit more forcefulness. Raimond told them that his wife Maria had gone missing in 1925 but the team found this difficult to accept as Malo's notes suggested that he'd seen her involved with some sort of ritual in 1938; this wrecked whatever composure Raimond had left and he broke down, sobbing half in fear at something unknown and half in hope that his wife was still alive.

As the man weeped and the agents started to feel a bit awkward at making an old man cry in his own home, Pierre-Yves looked around for and found a photograph of the mysterious Maria; he noticed that while there was a pronounced resemblance between Maria and her daughter Reni, the strange young woman did not look at all like her father Raimond!

Scrawled unintelligibly by thekelvingreen at 12:00 am