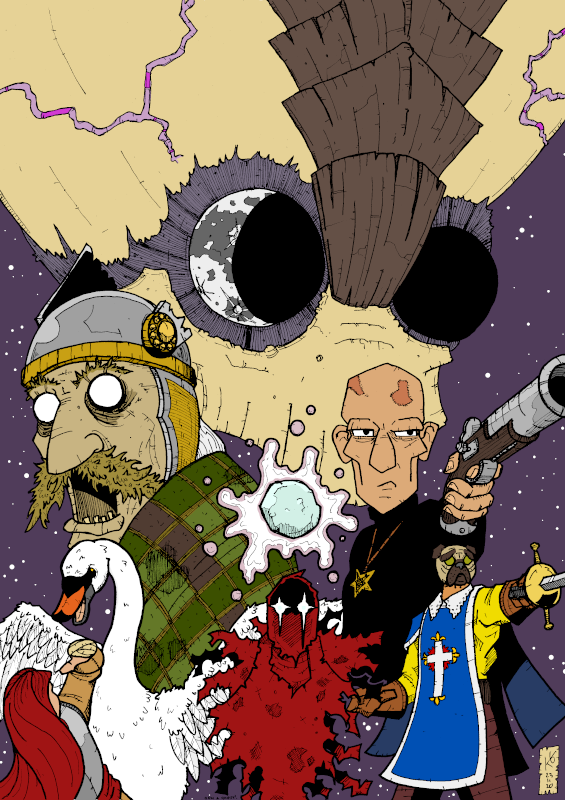 This is the cover for an upcoming project for Lamentations of the Flame Princess. The contents of the book are, as you can see, quite varied.

Email ThisBlogThis!Share to TwitterShare to FacebookShare to Pinterest
Labels: Huguenauts, Lamentations of the Flame Princess, stuff that I drew, Terror in the Shadows

You Are Really Spoiling Us

Here's a preview of some content from a project in the works at Lamentations of the Flame Princess, although you can use this with most old-school D&D variants. Have a go, and let me know how you get on!

You are an extension of Irdonozur, the Supreme Monarch of the Moon, sent to Earth to experience life on another world. You come in peace, wish to be taken to their leaders, and all that sort of thing. You have been selectively bred for diplomacy and open, friendly communication, but you are also a pale, chitinous thing with an enormous head so you’re going to get some odd looks.

Selenite Ambassadors have a hit bonus of +1 and start with 1d6 hit points at first level. Use the Magic-User experience table to determine experience, hit points, and saving throws for subsequent levels. 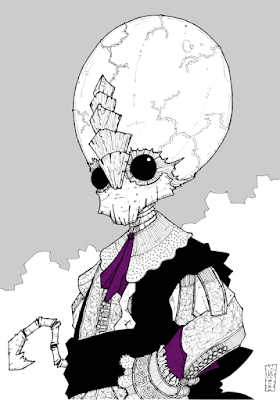 Alien: you stand out among the people of Earth and cannot pass as human, unless under a heavy disguise.
ESP: you can cast the ESP spell at will.
Hive Mind: you are, for all intents and purposes, Irdonozur, but your distance from the Moon has caused some interference or lag, and you have developed an independent consciousness. You may also have evolved such eccentricities as your own personality or even a unique name, like “Roger”. Should you return to the Moon you will “synch” and “update” – to use terms that the kids will understand – as you rejoin the hive mind and it absorbs your experiences. Whether this is fine and good, or something to be avoided, is up to you.

Each time a Selenite Ambassador gains a level, they should roll on the following table to see what happens. Some abilities are limited and you should roll again if you are ineligible to receive that ability.

Spells are cast at the Ambassador’s current level, which is a bit wonky and sort of breaks the rules but I won’t tell anyone if you don’t.

2: You can transfer your consciousness to a willing entity and ride along in their mind, experiencing everything they do. While this happens, your body goes into a trance and does not require food or water; if your body is destroyed while you are hitching a ride, you must save versus Poison or your consciousness dissipates. You can transfer from one mind to another if, again, the new entity is willing. This ability can be gained only once.

3: You grow sharp chitinous claws, like those of your warrior siblings. The claws do 1d8 damage. This ability can be gained only once.

4: All Selenite Ambassadors have a pair of tentacle-like limbs in addition to their arms, but yours have developed into extra, fully functional, arms,. You gain an extra attack each Round and can do things like use a shield and a two-handed weapon at the same time. You can get this result only once, except in one case; if you gain wings (19) they replace the extra arms, and a subsequent roll of arms will then replace the wings, and so on.

6: Your chitinous exoskeleton is tougher than normal. Add +1 to your natural Armour, up to a maximum of 16.

7: You can cast Forget once per day. If you get this result again you can cast it twice per day, and so on.

9: You can cast Command once per day. If you get this result again you can cast it twice per day, and so on.

10: Your psychic awareness lets you detect hostile intent, which reduces your chance of being surprised by 1, to a maximum of -4, at which point, yes, you cannot be ambushed.

11: You are one of millions of Selenites, and if you die, Irdonozur will just hatch another one. You are immune to fear.

12: You can cast Remove Fear once per day. If you get this result again you can cast it twice per day, and so on.

13: You extend a psychic aura of calmness and geniality, which gives you +1 to Reaction rolls, up to a maximum of +6.

14: Your psychic powers interfere with hostile spellcasting, giving you a bonus of +1 to saves versus Magic. You can gain this benefit three times for a maximum bonus of +3.

15: You can project a bolt of psychic force into the mind of one being within 60’ once per Round. The target must save versus Magic or suffer 1d4 damage.

16: You can cast Confusion once per day. If you get this result again you can cast it twice per day, and so on.

17: You can cast Chaos once per day. If you get this result again you can cast it twice per day, and so on.

18: You can cast Feeblemind once per day. If you get this result again you can cast it twice per day, and so on.

19: You have grown a set of wings that allows you to fly at your normal speed. If you have already developed extra arms (4) the wings replace them. You can gain this benefit only once unless you have previously had your wings replaced by arms, in which case your arms drop off and your wings grow back. If you spend ten levels growing arms and wings in a never-ending cycle, then you have my sympathies.

20: Your huge psychic brain is smaller – but no less effective! – than those of other Ambassadors, and your body shape is closer to that of humans, all of which makes it easier for you to move amongst the people of Earth. You no longer have the Alien trait.

Email ThisBlogThis!Share to TwitterShare to FacebookShare to Pinterest
Labels: character class, Huguenauts, Lamentations of the Flame Princess, stuff that I drew, stuff you can use, Terror in the Shadows

Cynocephaly (and Whatever the Opposite Is) Now! 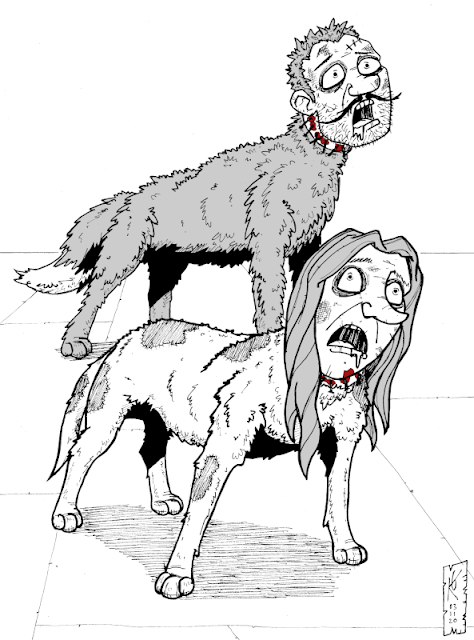 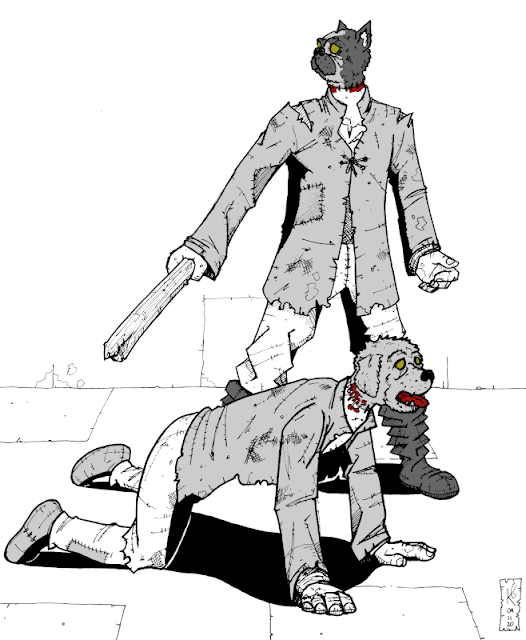 Scrawled unintelligibly by thekelvingreen at 12:37 pm No comments:

Email ThisBlogThis!Share to TwitterShare to FacebookShare to Pinterest
Labels: Huguenauts, Lamentations of the Flame Princess, stuff that I drew, Terror in the Shadows

Neither a Teenager Nor a Ninja

After a very long absence, I've rejoined my gaming group and have dropped into a new D&D5 campaign. It's set in the frozen north, so of course I'm playing a tropical turtle druid. 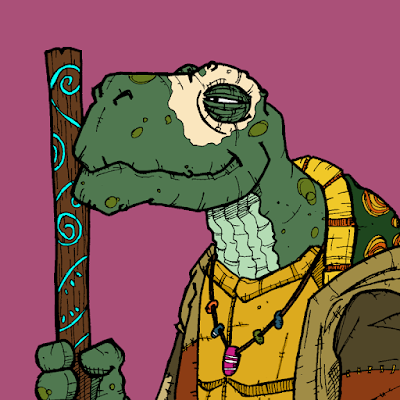 This is Coraggio, because I've never had an original idea.

(And yes, the painter's name was spelled differently, but it's a pun. Not a good one, I admit, but you can't win them all.)

Scrawled unintelligibly by thekelvingreen at 12:50 am No comments: