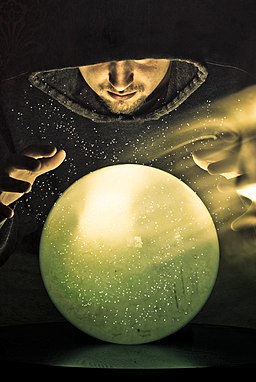 In the chat for my group's current D&D5 game Stuart asked is his wizard could be assumed to have the Mage Armour spell active at all times, without having to state it at the table. Stuart argued that since his wizard would be casting the spell every morning anyway, it would be simpler all round for it to be assumed to happen, and it's a good point.

Stuart cited a rules concept from the Burning Wheel role-playing game in which each character has a handful of these standard operating procedures, and that got me thinking.

Some have argued that Read Magic should either be dropped from the game or assumed to be a "free" spell that requires no resources to be expended; in essence, the ability to read magic is built in to every wizard because it's integral to the functioning of the class. Based on that, it makes sense that if wizards are known to be such fragile things then Mage Armour would also be something every one of them is taught as a basic skill.

This goes further than Stuart's request for his wizard; it's not just a SOP for one character, but a feature for the entire class. Yes, it feels a bit strange for the softest class in the game to change and become, by default, tough as old boots, but it makes sense.

(I thought 13th Age did this, because it's the sort of thing 13th Age does, but to my surprise it's not in there. 13th Age wizards can choose an ability that gives them the equivalent of Mage Armour as an additional, automatic, effect when casting other spells, but it's not quite the same.)

It's the sort of thing that would upset D&D purists but I like it.

Scrawled unintelligibly by thekelvingreen at 12:01 am 2 comments:

Email ThisBlogThis!Share to TwitterShare to FacebookShare to Pinterest
Labels: breaking your game, Dungeons and Dragons, games, stuff you can use

My current D&D5 character is an elf bard. I decided that the best way to rescue her from the traditional fate of bards -- being dull and rubbish -- was to make her a glam metal bard. This is Althaleeleelee. 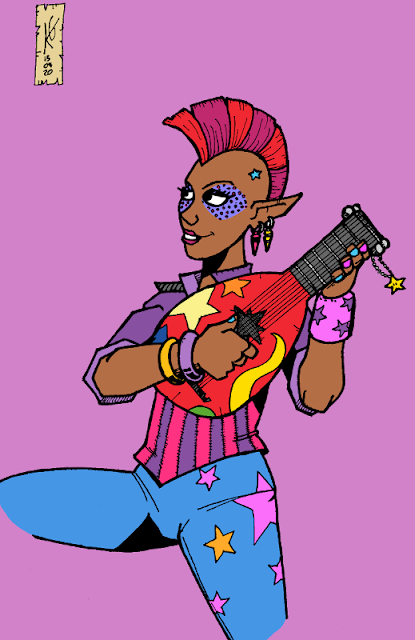 Scrawled unintelligibly by thekelvingreen at 10:00 am 2 comments:

Peace Be Upon You!

Vimanarama by Grant Morrison
My rating: 4 of 5 stars

Overlooked at the time of publication in part because everyone was gushing over the contemporaneous We3, I suspect Vimanarama was also a bit too niche and weird for mainstream -- largely American -- comic audiences. A British-Pakistani protagonist? Ancient Sanskrit epics reskinned as Kirbyesque adventures? Flip-flopping between kitchen-sink comedy-drama and apocalyptic battles? It was probably all a bit too difficult for some to parse back in 2005.

I love it. It feels a bit like The Hitchhiker's Guide to the Galaxy, with an ordinary British family -- and nothing seems more ordinary and British than the Pakistani family running the corner shop -- thrust into a genre for which they are not prepared, their personal anxieties and preoccupations clashing with the serious business of magic supermen battling in the skies. Which is, of course, not serious at all, because it's all very silly in comparison to real life. Which is sort of the point. Anyway.

It's also funny, but in an understated, laid back way. There are a couple of jokes and smart quips in there, but the humour arises in most part from people acting like people in the face of great adversity. All of the characters feel real, except for the magic supermen, who are stupid and over the top, but again, that's part of the point.

Philip Bond is one of my favourite comic artists anyway, but he and colourist Brian Miller do a great job. Although Bond has a cartoony style, he nonetheless has a talent for capturing ordinariness that other artists cannot match; yes, his people are cartoons, but they are cartoons of real people, which doesn't make as much sense as I thought it did now I'm writing it down. His style can also accommodate the more fantastical subject matter, and his comic timing and storytelling is perfect.

My only criticism of the book is that the last few pages feel a bit rushed and vague, but then I suppose the story isn't really about those characters and what happens to them, so a brief summary and update is good enough. I'm sorry if that is itself vague, but I'm trying to avoid spoilers.

View all my reviews

(I'm not sure I will continue to post reviews like this; it's a test of Goodreads integration.)
Scrawled unintelligibly by thekelvingreen at 9:47 am No comments:

Here are some more pictures from Barbarians of the Ruined Earth, which is still coming soon, probably. 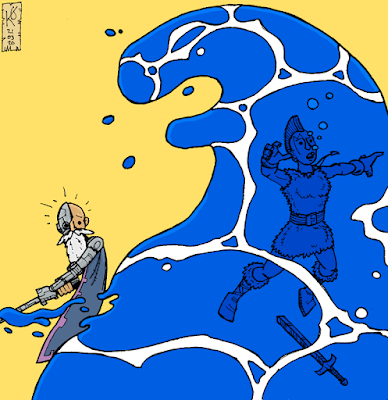 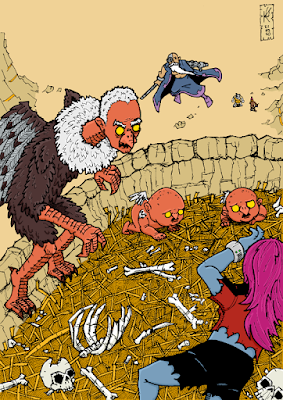 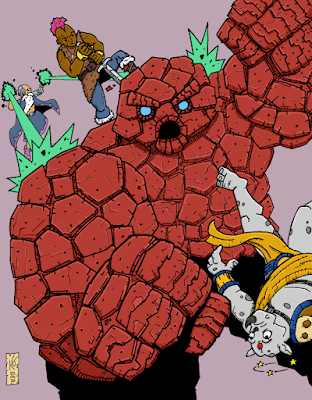 Email ThisBlogThis!Share to TwitterShare to FacebookShare to Pinterest
Labels: Barbarians of the Ruined Earth, games, stuff that I drew 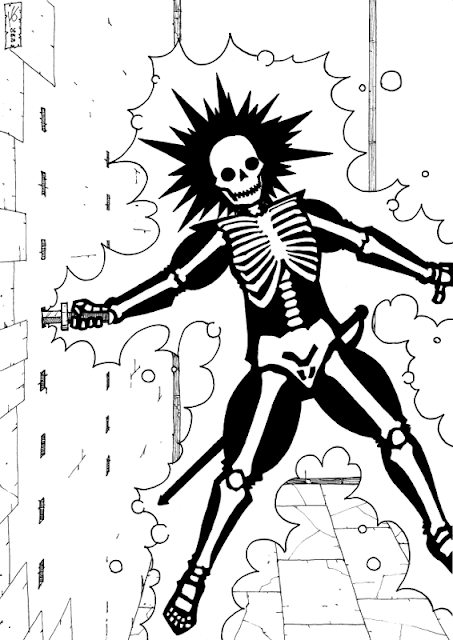 While I have been locked inside my house, I have been drawing dwarves for an upcoming Lamentations of the Flame Princess book. 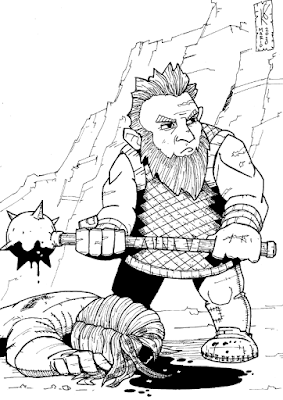 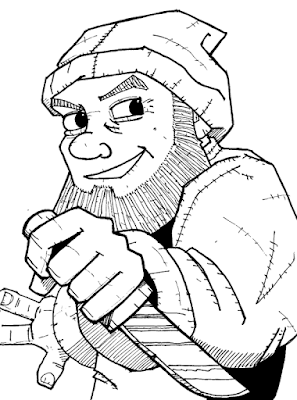 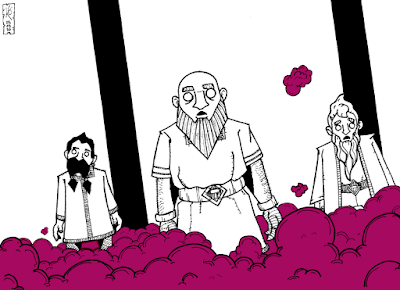 I have been drawing some other things too. More soon.