They Mostly Come at Night... Mostly

I remembered, halfway through the morning, that it's Alien Day today, so I did a quick sketch as my morning tea was cooling down. 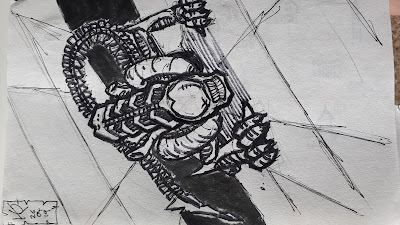 I quite like the idea of cooling tea as a timer for a sketch; a time limit forces me to draw without indulging in fiddliness, and means I can't hide deficiencies in my drawing behind detail. I also get a cup of tea out of it, which is a nice bonus.

I used to draw these aliens all the time, as I got a bit obsessed with Trident Comics' old Aliens magazine, which reprinted Dark Horse's comics. This is the first time I've drawn one of the creatures in at least ten years, I think.
Scrawled unintelligibly by thekelvingreen at 1:20 pm No comments:

My GM didn't like the player handout map in Curse of Strahd so asked me to draw a different one. 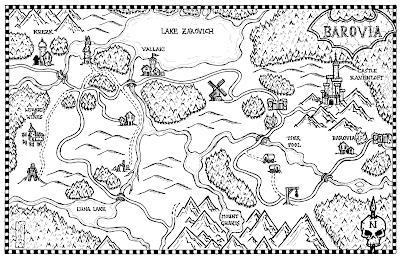 (click here for a high resolution version for printing)

I think it's probably a bit too fancy to be an in-universe map drawn by feckless peasants, but maybe it's the equivalent of those gaudy tourist maps you get when you go on holiday.
Scrawled unintelligibly by thekelvingreen at 4:20 pm 4 comments:

Email ThisBlogThis!Share to TwitterShare to FacebookShare to Pinterest
Labels: Barovia, games, maps, Ravenloft, stuff that I drew, stuff you can use

I've been drawing some people dying in horrible ways. This is for Lamentations of the Flame Princess, of course. 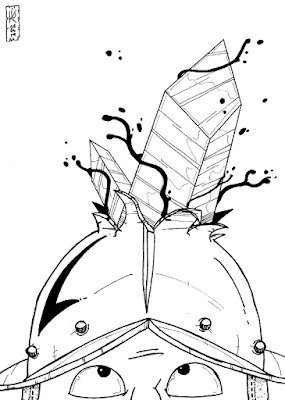 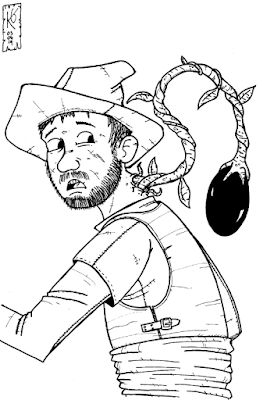 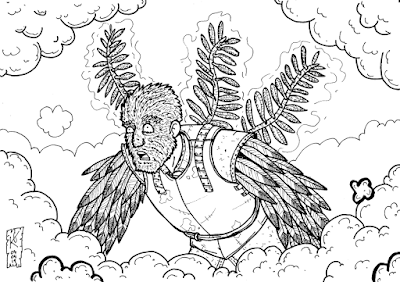 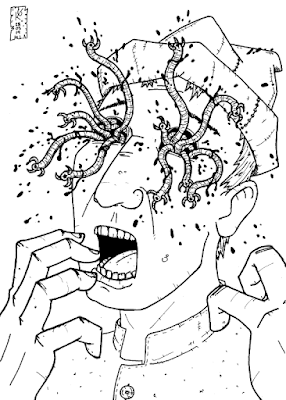 Scrawled unintelligibly by thekelvingreen at 10:58 am No comments: