There have been rumours knocking around for a couple of months now that Kenneth Brannagh will be directing the next big Marvel movie, an adaptation of Thor, god of Thunder and scion of Asgard. Now Brannagh doing something nerdy like that seemed somewhat unlikely (although he did do Frankenstein, and the less said about that, the better), and all in all it sounded like someone making a rather superficial connection between the director's love of Shakespeare and the dubious quasi-Shakespearean dialogue associated with the thunder god's comic appearances.

Brannagh's Henry V was on this afternoon, and I was reminded of how good it is as a film; not only that, but it's a pretty convincing audition piece for Thor: The Movie. It's dramatic, never slow, and there's a stonking battle at the end, filmed exactly the way I'd want to see Thor, all blood, tears, rain and mud. Great stuff.

And if Brian Blessed doesn't play Odin, there's no justice in the world. 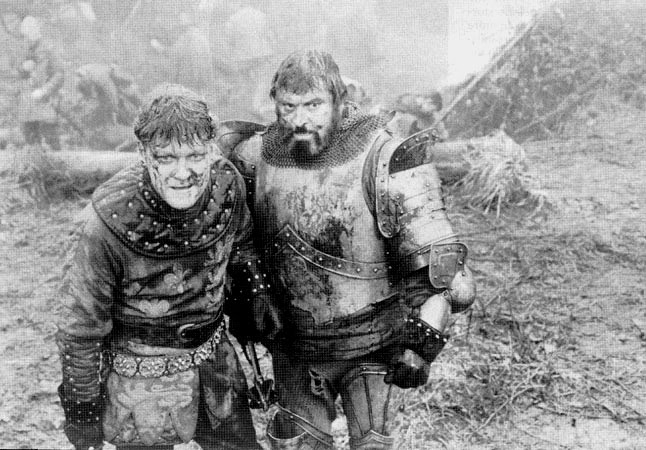 Email ThisBlogThis!Share to TwitterShare to FacebookShare to Pinterest
Labels: Thor

Now, I quite liked Ang Lee's Hulk; the ending was nonsensical, but the rest was pretty solid, and those who thought Eric Bana's performance was too restrained were missing the point. So I wasn't expecting much of the sort-of-sequel, particularly after lukewarm reviews from pretty much everywhere, only to enjoy it even more. It's not as clever as Lee's version, but I think the key thing is that it's not trying to be; the film takes the simple premise of a big green bloke smashing stuff and does it as well as possible. Not fussy, not special, just rock solid. It would have been nice to have seen the Hulk get stronger and larger during the big final fight, and I would have preferred him to do the big jumps from the cartoon and comics rather than the tiny little Spideyesque hops we got, but those are my only complaints. Not bad at all. 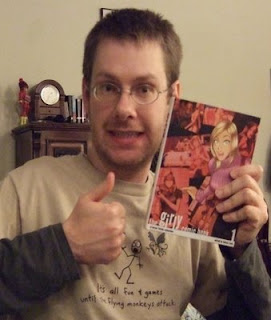 I was dead pleased this week to discover The Girly Comic Book v1 on my doormat. I contributed to the first issue of this anthology, ooh, about seven years ago now, and I never expected that contribution to appear again, so I was incredibly proud when editor Selina Lock got in contact to let me know that the story I drew back then would make it into the collected edition. I've had my name on the outside of a hardback comic collection before, but this is the first time my work's been included inside one. If only it were better work! But as Meg points out, whenever I'm not pleased with my current output, I can look back to see how much I've improved.

All of which is not exactly selling it, but The Girly Comic Book v1 really is a neat little collection full of great little comic stories, and it's quite eclectic too. The foreword from Mike Carey compares it to the generally excellent Flight, and I don't think he's far off. You can buy a copy for a very reasonable £15 at the Factor Fiction website.
Scrawled unintelligibly by thekelvingreen at 10:50 pm 5 comments:

Email ThisBlogThis!Share to TwitterShare to FacebookShare to Pinterest
Labels: Girly Comic, Hulk, I review films, self promotion, stuff that I drew

About ten or so years ago, Channel Four had a brief kung fu season of late night films, I think on Saturdays. One of those was The Legend of Fong Sai Yuk, a thrilling mix of martial arts, family drama, political tensions and vaguely Shakespearean comedy. I loved it to bits and was very pleased that I'd taped it.

That tape went missing a long time ago, and I've been trying to find a dvd copy for a while, only to discover that the Weinsteins had bought the international dvd rights and, as the Weinsteins tend to do, butchered the film and slapped an ugly dub on it, without giving the option to watch it in the original language. Oh dear.

The only option was to buy a copy direct from China, but I'm always wary of that route, as I've heard too many stories of dodgy bootleg copies being sold on the sly. Nonetheless, on Friday I went ahead and ordered one, thinking that a bootleg of the original is better than a pristine copy of the Weinstein atrocity.

Then I read this week's Radio Times, and discovered that it's on, in the original Cantonese, this Friday. Argh.
Scrawled unintelligibly by thekelvingreen at 7:32 pm No comments: