"I have two games left to play and I hope I can still get one win before the season ends. Let's see."

That's what I said after my last game. Oh dear.

My next match was against an experienced dwarf team. The other coach was lovely and we got on well as we played.

In many ways, the game was a pleasure to play. 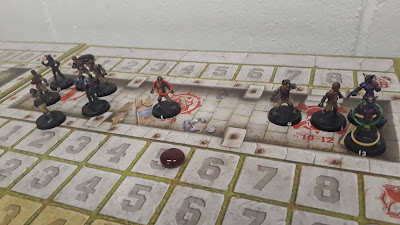 The first half was something of a disaster, with so many injuries that I had no one left to stop the dwarfs jogging in for a more-or-less unopposed touchdown. Even my opponent felt sorry for me at that point, which sort of helped. 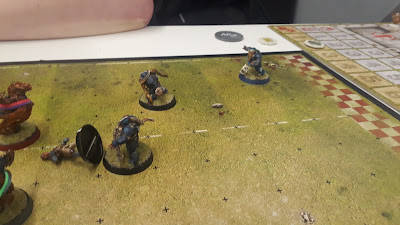 The second half went better. I was able to push back and put some dwarfs down, managed to hold on to the ball for most of the half, and when I did lose possession, I regained it soon after. Alas, I was not able to convert any of that into an equaliser, and a winning score was well beyond me. Still, my opponent was an excellent player -- 9th overall in the league in comparison to me at 31st! -- so keeping him to one touchdown isn't too bad. Or so I tell myself, anyway. 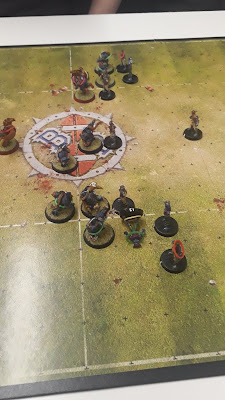 One of my vampires will miss the next game because of injury, and I have four thralls out with serious injuries, forcing me to bring in journeymen to make up the numbers for my last game of the season.

Regarding that final game...

I was set to play a human team that was not doing so well so I thought I had a chance at a win, although I was well aware that I had thought something similar before. As it turned out, that coach has now withdrawn from the league so I've been drawn against a good Norse team with considerably better league statistics than my own.

I am not expecting things to go well.
Scrawled unintelligibly by thekelvingreen at 2:15 pm No comments:

The Future Is Now 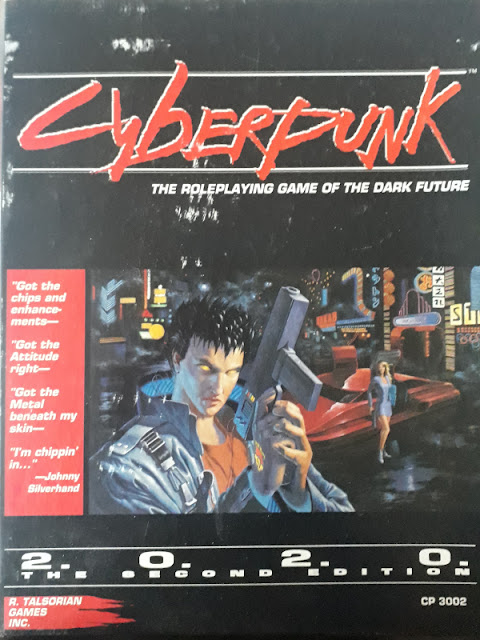 Scrawled unintelligibly by thekelvingreen at 11:54 am 2 comments: