Christopher Nolan would like you to know that he liked Dark City just as much, if not more than the Wachowskis did.

Christopher Nolan would also like you to know that he likes On Her Majesty's Secret Service best of all the Bond films.

Christopher Nolan needs a script editor.
Scrawled unintelligibly by thekelvingreen at 12:31 am 6 comments:

Email ThisBlogThis!Share to TwitterShare to FacebookShare to Pinterest
Labels: I review films, quickie

From this week's Radio Times, on the BBC's new Sherlock Holmes series:

Some viewers will recoil from the very idea of BBC1 updating Conan Doyle's characters to modern London, with [...] a Dr Watson who fought in Afghanistan.

From Wikipedia, on Conan Doyle's Watson:

In the debut Holmes story A Study in Scarlet (published in 1888), Watson, as the narrator, tells us that he had received his medical degree from the University of London in 1878, and had subsequently gone for training as an Army surgeon. He then joined British forces in India, saw service in Afghanistan...

So, in fact, not an update at all. Sigh.
Scrawled unintelligibly by thekelvingreen at 2:20 pm 2 comments:

Scrawled unintelligibly by thekelvingreen at 8:34 pm No comments:

Email ThisBlogThis!Share to TwitterShare to FacebookShare to Pinterest
Labels: Ruins and Ronin, samurai, self promotion, stuff that I drew 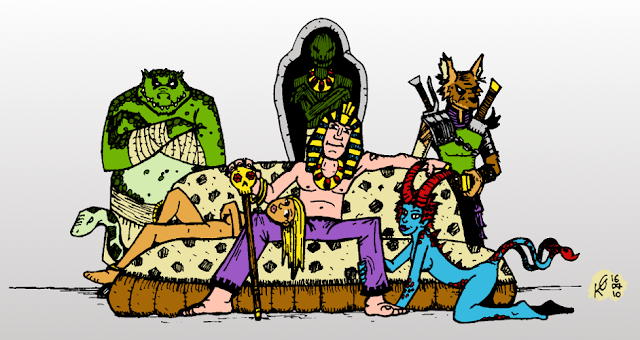 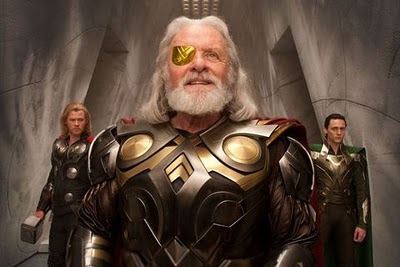 Oh dear.
Scrawled unintelligibly by thekelvingreen at 11:44 am 2 comments:

Email ThisBlogThis!Share to TwitterShare to FacebookShare to Pinterest
Labels: Thor

Crikey. That went fast.
Scrawled unintelligibly by thekelvingreen at 11:20 am No comments:

There's a new X-Box 360 out, it seems. They call it the "slim", after the PS2, but it doesn't look much different to me. Anyway, the advert tells us that it has a hard drive, wireless connectivity, and is "ready for Kinect", Micro$hite's more-subtle-than-Sony-but-not-by-much attempt to jump on the Wii bandwagon.

One reason the Wii has succeeded is because Nintendo have reached out beyond video game fandom. Their adverts show actors pretending to be real people, playing the games with their families, and showing how the games work. Simple. Micro$hite's advert doesn't even say what Kinect is, let alone show it in action; I know because I do follow some gaming news sites, but the audience they want to poach from Nintendo are not going to be avid readers of video game journalism.

(Never mind the suggestion that being "ready for Kinect" suggests that Kinect itself is not ready.)

Just showing pictures of the machine, with no indication of what it does, is no good at all. Those weird adverts from a couple of years ago with the drooling idiots with holes in their heads were better than this. But then this is the company who gave their machine a name with no meaning whatsoever, so marketing is obviously not a strong point.
Scrawled unintelligibly by thekelvingreen at 8:29 am 2 comments: