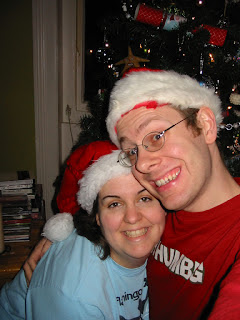 (This is the first post since I moved to Blogger Beta, so let me know if anything broke.)
Scrawled unintelligibly by thekelvingreen at 7:12 pm 3 comments:

Haven't we met before?

I think that even if we disagree concerning the merits of Casino Royale, we can all agree that the theme tune was naff. Paul Hartnoll has a better idea, and it's called Haven't we met before.
Scrawled unintelligibly by thekelvingreen at 1:27 am 1 comment:

I was looking at a recipe for some roasted vegetable thingie. Completely vegetarian. And at the end, it had dessert and drink recommendations. In the drinks bit, it mentioned some wine or another, then it said "for a vegetarian option" and listed a different wine.

Why isn't wine, by default, vegetarian? Is it made from chickens? Is it really the blood of Christ?
Scrawled unintelligibly by thekelvingreen at 9:33 am 2 comments:

In All The Wrong Places

I don't know how popular he is here (I know I had a bugger of a time getting his album), but the music off the new Nokia 5300 advert is In All The Wrong Places by German ambientster Ulrich Schnauss. Maybe now he's on a mobile phone advert, he'll suddenly surge in popularity and for the second time ever, I'll have been following a musician from before they got popular.

This has been a public service announcement, because I hate it when there's music on the telly and the internet doesn't help me track it down.

(Grumpy Update: It seems that there are a number of versions of the same advert, with the same visuals but different narrators and music; there even seems to be an alternate British version, which I've never seen on telly, with a grumpy-sounding male narrator and generic twangy guitar nonsensery. Perhaps poor Ulrich won't catch on after all. Bah.)
Scrawled unintelligibly by thekelvingreen at 10:44 pm 3 comments:

From somewhere on Cyriak's site.