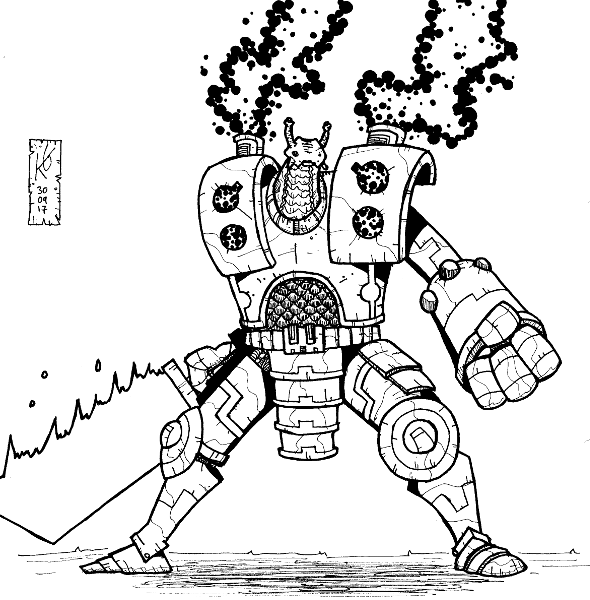 Email ThisBlogThis!Share to TwitterShare to FacebookShare to Pinterest
Labels: Lamentations of the Flame Princess, Slügs!, stuff that I drew

Remix of the Snow Witch

Last weekend I again endured the pernicious lottery that is Southern Rail and visited my friends Courtney, James, and Liam in That London. You remember them; they were the ones who strongarmed me into running them through The Sinister Secret of Saltmarsh back in April.

Once again they had requested that we play "some D&D" and so in the days running up to my visit I pondered what adventure to run for them. I considered Barrowmaze, inspired by Mike Evans' recent delves, and I almost went with Eyes of the Stone Thief, as I don't know if I'll ever get that to the table otherwise.

(I pondered using the opportunity to run another playtest of CUFFS SHRIEK, but we also played Mansions of Madness and Pandemic: Reign of Cthulhu over the weekend, so I think it would have been too much of an eldritch thing. Yes, that is a clue to the subject matter.) 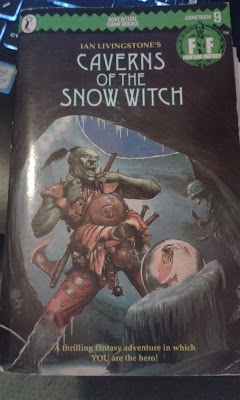 In the end I decided that the most sensible thing to do with a couple of days until Play Day was to rewrite Fighting Fantasy gamebook Caverns of the Snow Witch. Which I did. On the train on the way up.

It didn't turn out too bad for a frenzied bit of last minute scribbling. The original caverns are quite linear, which is perhaps no surprise from a solo gamebook from 1984, so I Jaquayed them to make exploration more interesting. I switched some of the encounters around, or changed their context, added some new ideas and dropped others. The original SNOW WITCH is quite playful and talkative, at least in comparison to most gamebook villains, so I wrote her to emphasise that aspect and make her less of an End Boss; alas, while I wanted to include the bit where she forces YOU to play a sort of scissors-paper-stone game just for fun, I ran out of time and couldn't work out how to include it. Next time.

Highlights of the adventure included:

Last time I played with Courtney, Liam, and James, I noted how they seemed to think everything in the adventure was significant and it proved to be the case this time too. They seemed to regard the adventure as a closed system in which every item had a use and every encounter had a purpose; the SNOW WITCH's necklace had to be a key to unlocking something and couldn't be normal jewellery, for example. I don't think there's anything wrong with that approach but it's not how I design or run adventures, so I feel there was a bit of a clash there. 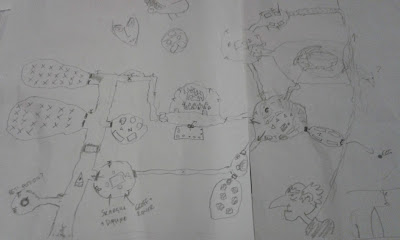 If there was a clash, it wasn't serious enough to ruin the game, and I think everyone enjoyed the adventure, even though the Snow Witch escaped and Liam lost his character just before the end; I am a bit of a wimp when it comes to killing off player-characters and as such I don't believe I'll ever be a true Old-School Gamemaster, but the players seemed to be made of sterner stuff. They were cautious and clever and didn't try to fight everything, and while they also didn't find every treasure or uncover every secret, the player-characters emerged from the caverns with a big pile of gold and other loot. I don't think they gained a level, but they got close.

As comfortable as they are with old-school gameplay, I don't think this group of friends is that fond of old-school rules. Labyrinth Lord is a fine game and I chose it because it was a close match for the type of thing they wanted to play, but during the game they expressed frustration that their characters were rubbish in various ways, or that only the thief could detect traps, or that sometimes they had to roll high and other times they had to roll low, and so on. I've shattered at least one tooth as a result of excessive gritting due to descending armour class, so I understand their discomfort.

As such, next time we play I think we will use a different ruleset, but I'm not sure what that will be. I think it should be something simple, that feels like D&D but maybe isn't D&D itself. D&D5 is a possibility, but it may be too fiddly for this group. I've also got my eye on The Black Hack, but I dislike the roll-low core mechanic so I'm pondering a hack -- The Black Hack² perhaps, or The Hacked Black Hack -- if I can make the maths work.

Any other suggestions -- not Torchbearer -- are welcome; I've got some time to look around as I won't be up in the glittering capital again for a couple of months at least. Also, if there's interest -- and if it's legal -- I may post my remix of Caverns of the Snow Witch, but it needs a bit of a tidy up first.
Scrawled unintelligibly by thekelvingreen at 10:54 pm 3 comments: