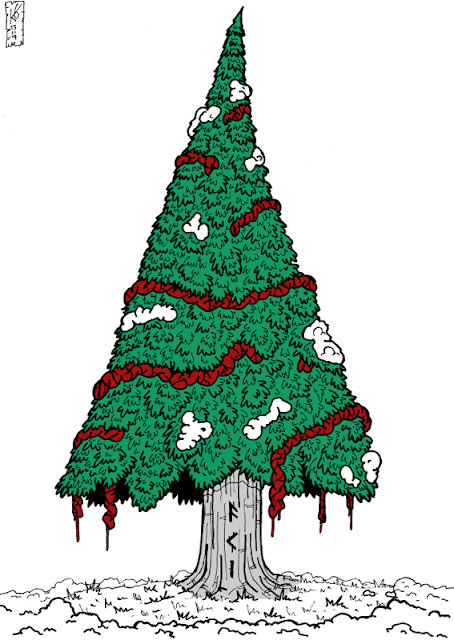 This will probably be my last post of 2019. I hope you have a good end to your year, however you celebrate it, and I will see you in 2020.

I mean, I won't see you because that's not how this works, and I'm neither a Californian AI or a Russian hacker hijacking your webcam, but you get what I mean.

(If you want, you can still buy my new book.)
Scrawled unintelligibly by thekelvingreen at 11:00 pm No comments:

Email ThisBlogThis!Share to TwitterShare to FacebookShare to Pinterest
Labels: Chrimble, Lamentations of the Flame Princess, Midvinter, self promotion, stuff that I drew

Stuck in the Middle

I have written and drawn a brand new Lamentations of the Flame Princess adventure and it is released just in time for the festive season! 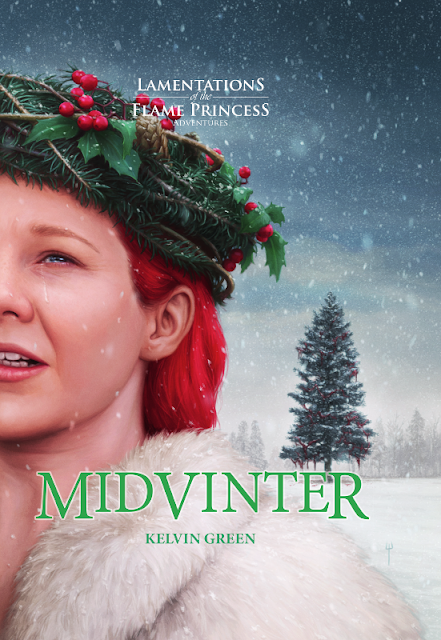 You can probably guess the inspiration, although -- whisper it -- I haven't seen the film!

You can get the adventure in print here or in pdf here. The physical book is a limited and numbered edition and -- as far as I know -- will not be printed in this form again.

(Now I've said that, watch it get a second printing in a couple of weeks. No one tells me anything.)

Oh! And there are also t-shirts. Two of them! If you buy at least one t-shirt and use the discount code EDWINA then the entire order will have free postage; this offer ends at 23:59 Finnish time on the 26th of December.
Scrawled unintelligibly by thekelvingreen at 10:15 pm No comments:

Email ThisBlogThis!Share to TwitterShare to FacebookShare to Pinterest
Labels: Chrimble, Lamentations of the Flame Princess, Midvinter, self promotion

Out of my ten scheduled Blood Bowl matches this season, four have been against elves, three of those against dark elves. Back when I started playing the game in 1994ish I did quite well with my own dark elf team, and although Blood Bowl has changed quite a bit since then, I knew that the pointy eared braggarts would be difficult to beat.

So it proved in my first and second games, so I wasn't expecting too much...

First up were the Vaggaroth Villains, a somewhat experienced team currently sitting in the top half of the overall rankings. My vampires got smashed in the first half by the dominant elves, suffering a bunch of casualties and conceding an early touchdown. 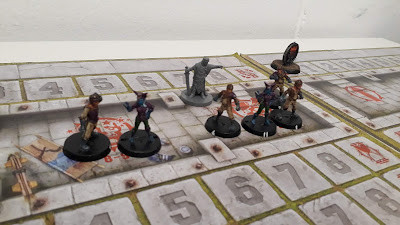 "There's still the second half," I thought to myself, "So there's plenty of time to turn this around." I am nothing if not optimistic.

As the ball was kicked off for the second half there was a pitch invasion, and rampaging Villains fans knocked down and stunned all but three of my players. 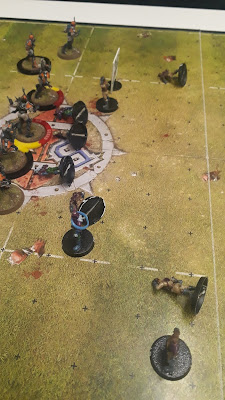 Even so, I somehow managed to prevent another elvish touchdown and almost scored an equaliser, but ran out of turns.

Match eight was versus The Tigers, a rookie dark elf team. Going into the match I was emboldened by the Tigers' lack of reserves and a complete dearth of rerolls, but I knew how good dark elves could be and as my opponent had little in the way of previous form, I had no idea what his play style was like.

Things looked iffy from the start as I lost a vampire at the end of an assassin's blade, and although I tend to take the swinginess of Blood Bowl to be part of the fun -- otherwise I wouldn't have picked a team as unreliable as vampires! -- I must admit that I thought this calamity would set the tone for the whole match.

One good thing about vampires is that they tend to recover from their injuries, even death, so Chris was back in action almost straight away. 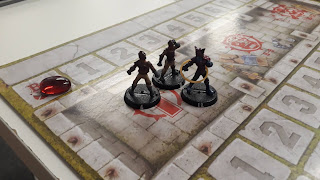 I scored an early touchdown and although the dark elves equalised just before half time, I was feeling content, if not confident.

One of my players caught the ball from the second half kick off, the vampires formed a loose cage, and began to rumble down the pitch. While vampires have the agility of elves, they are not as fast and I didn't want my ball carrier to be exposed, so I felt the cage was the best strategy. The dark elves threw everything into defence and forced me to change direction a couple of times but the cage held, I managed to maintain forward momentum, and in my last turn, my ball carrier made a break for the line.

In Blood Bowl, players have a standard move allowance, but can Go For It to gain a couple of extra squares, although they have to roll 1d6 for each square and on a 1 they trip and fall. My player had six squares of movement and the end zone was seven squares away. Can you guess what happened?

If you said "You rolled a 1" you would be half correct because I did indeed roll a 1, but I had a reroll!

I am disappointed that I missed out on winning the match, but I know it was down to bad luck rather than poor play, so I'm happy(ish) with the result. I picked up a fair few star player points as a result of some lucky casualties so the team as a whole is looking stronger, and I do feel like I'm getting the hang of the vampire style of play now.

I have two games left to play and I hope I can still get one win before the season ends. Let's see.
Scrawled unintelligibly by thekelvingreen at 11:00 am No comments:

I've been working on something I can't talk about for eighteen days, so instead here are some other bits I have done for Barbarians of the Ruined Earth, which should be out in 2020. 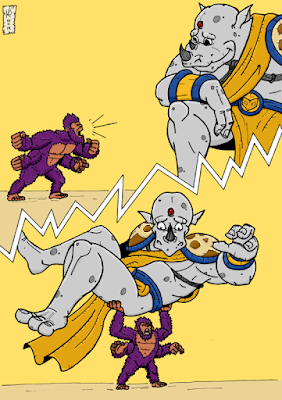 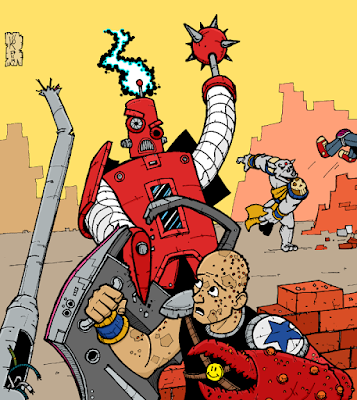 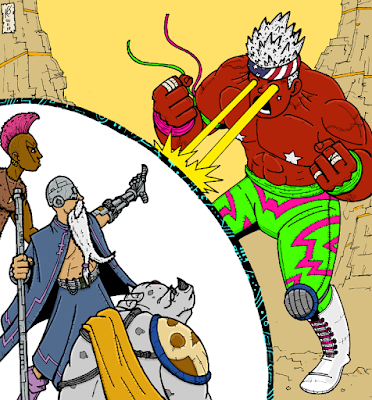 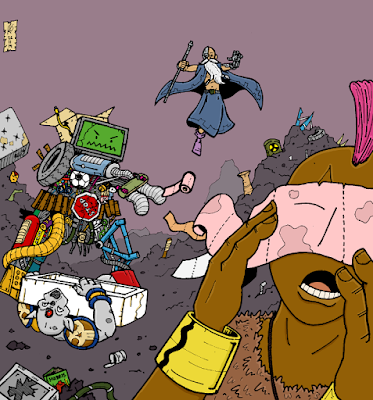