What's this all about then? 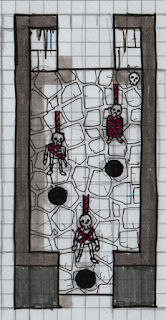 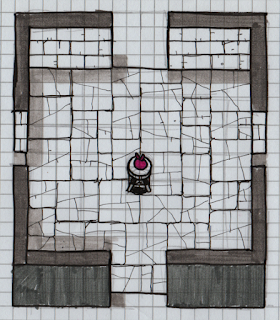 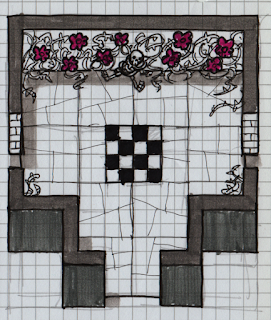 Find out soon!
Scrawled unintelligibly by thekelvingreen at 12:08 am 1 comment:

Email ThisBlogThis!Share to TwitterShare to FacebookShare to Pinterest
Labels: Death is the New Pink, Forever Dungeon, games, stuff that I drew

My group has started to play Phoenix: Dawn Command; you can see Stuart's first impressions here. It's a bit of an odd mishmash; the game has a fantasy setting with a vague Greco-Roman feel, but the player-characters are superheroes with special powers and the ability to return from death, and they represent the titular military organisation, a sort of super-special forces. This mixing of genres has led to some interesting tensions in the sessions we've played so far.

I won't go into too much spoilery detail but in the most recent adventure mission, the Phoenixes were faced with a choice: completing their objective and at the same time saving a small group of people, or risking the mission and the lives of that small group by delving into the unknown, with no clear plan,to attempt to rescue even more people, if those people were even still alive. To make matters even more complicated, there was a time limit.

(There were other, significant, choices to be made, but this was the big one.) 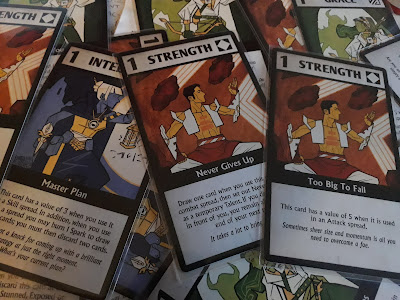 The group decided on the former; they escaped, completed their mission, and saved many lives, but many more were lost, and there will be further consequences -- some good, some not so good -- in the wider setting as a result. Their choice was by far not the worst one that could have been made, but even so I think that a couple of players felt a little aggrieved that they couldn't work out how to achieve the optimum resolution based on the information they had.

Perhaps PDC's mission-based structure creates an impression that there is a way to "win" the adventure, or perhaps it's just the way my group thinks; I've written about the latter possibility before.

For me -- and I understand that not everyone will share this opinion -- the key strength of role-playing games is the near-as-infinite possibilities available to players in terms of actions and resolutions, and that means that there won't always be a right answer; if I want to play something in which the victory condition is obvious -- if not always easy to obtain; hello Dead of Winter! -- then I have board games or computer games for that. I know you can play rpgs in a similar fashion and I have enjoyed many adventures in which there was a clear path to triumph, but it's not where my primary interest lies.

(I also wonder if this is why I have never been able to get a successful sandbox campaign up and running with this group, but perhaps that's a post for another day.)

As such, I was pleased with how the adventure mission went. Difficult situations force difficult decisions, and difficult decisions lead to complex consequences, and the game emulated that. The setting will be richer as a result of the Phoenixes' actions, relationships with non-player-characters will be more complex, and there will be a clear impact on ongoing events.

I call that a win.
Scrawled unintelligibly by thekelvingreen at 12:00 pm No comments: