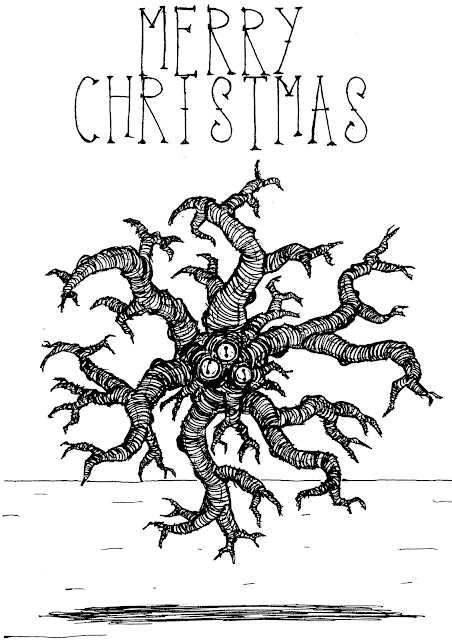 Scrawled unintelligibly by thekelvingreen at 8:52 pm No comments:

Email ThisBlogThis!Share to TwitterShare to FacebookShare to Pinterest
Labels: Chrimble, stuff that I drew

I feel like I'm probably late to the party on this one -- it seems like the sort of thing Tim or Zak would have blogged about years ago -- but my new favourite TV programme is South Korea's The Genius.

It's sort of a hybrid of game show and reality TV, neither of which are the sort of thing I enjoy, and yet I can't stop watching The Genius, perhaps for the simple reason that it's about games, so it's a bit like watching a dysfunctional gaming group fragmenting as the weeks go on.

The premise is simple. Contestants enter a "house" and are addressed by a mysterious masked figure who has them play a game; the winner gets immunity from elimination, while the loser goes into a deathmatch and gets to pick their opponent from the other contestants. The loser of the deathmatch is eliminated, and so on it goes until there is one winner at the end of the series.

I gather that this is much like the format of stuff like Big Brother or I'm a Celebrity... Get Me Out of Here! but the difference here -- aside from the fact that no one stays at the "house"; they all go away and return the next week -- is that the focus is on the games, not the who's-sleeping-with-whom downtime stuff.

The, er, genius bit is that while the games themselves have strict rules that cannot be broken, the contestants are free to manipulate things outside of those rules as they see fit. They make deals to give each other an easy win so they both go through to the next round. They form grand alliances to save as many people as possible. They, of course, betray each other all the time.

I probably shouldn't enjoy it, because it's a bit depressing how duplicitous almost everyone is, all for a cash prize that none of the contestants need because they are all celebrities to some extent; I am expecting hoping for some sort of "for charity" twist towards the end. Even so, it's glorious fun, in part because of all the twists and turns -- if the players aren't super clever bastards, the editing makes them look like they are -- and in part because it's about games, and I do love games.

Anyway, here's the first episode. Others can be found here.

Email ThisBlogThis!Share to TwitterShare to FacebookShare to Pinterest
Labels: games, telly, The Genius

I know I was excited about Final Fantasy Versus XIII but it's been so long since the game was announced that I don't remember why. Even so, now it's out -- and now called Final Fantasy XV -- and I have it.

I haven't got very far into the game; I'm only on the third of thirteen chapters, and it could all go to heck after this point, but I've also put in about forty hours, which tells you both a lot about my play style and about how much I'm enjoying it.

When I finish the game I may come back with some more thoughts, but here's what I think so far, in a format stolen from my old mate Andy. 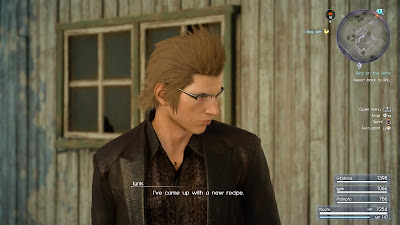 The protagonists look like a rubbish boy band and they do come across as chumps but they also turn out early on to be quite endearing. It's a computer game so the acting isn't brilliant but there is a real sense of camaraderie in the party and because they convince me that they care about each other, I end up caring about them too. My favourite is Ignis, who cooks, drives, and is English, so I think is supposed to be the main character Noctis' butler. He has a wonderful habit of shouting about recipes, even when the party is supposed to be sneaking through the woods, trying to avoid mind flayers. As he's English he will probably turn out to be a traitor, but for now he's ace.

I like the setting more than I expected too. It's a sort of modern fantasy so everyone's dressed in normal clothes and they drive cars and they go to diners, but they are also carrying magic spears and the man flipping the burgers at the diner is also handing out monster-hunting quests and rumours about treasure. I think there's been a bit of grumbling about FFXV not being a traditional mediaeval fantasy setting, but it's not as if the series hasn't done similar things before; everyone loves FFVII and that starts with a train pulling into a station in an industrial city. It helps that the design is consistent; I like a patchwork fantasy world -- Titan is a mess of influences that shouldn't work, and I love it nonetheless -- but FFXV's world does have a certain verisimilitude.

The game blocks exploration at first but once a certain story point is reached early on you are free to roam. There's a bit of backlash against open world games these days and I can understand why, but I love to explore at my own pace and FFXV doesn't stop me from poking around in the corners of the map. I'm also happy with the region-based level scaling; in general, monsters get tougher the further away you get from the starting area and I much prefer that approach to something like Skyrim, in which the bandits that were level 4 last time you passed their cave are now level 16. In tabletop gaming terms, FFXV feels more like an old-school wilderness crawl than I would have expected from something so shiny and new; you can even run into creatures far outside of the usual level range for that area, the equivalent of the GM rolling the most unlikely result on her wandering monster table.

Oh, and the monsters fight each other! They need to be goaded into it but then you can sit back and watch them pummel each other, and you even get to keep the loot they drop. It's a little detail but it makes the world feel less artificial, and there's something fun about setting off a little bit of chaos in a system and watching it escalate.

Menu-based combat seems to be out of fashion in rpgs these days, as there is a common perception that it requires no skill -- which anyone who's played Disgaea will tell you is ballcocks -- so in FFXV you have direct control over Noctis, and the idea is that you run about looking for openings, and dodge in and out of the fight. This works in something like Dark Souls because there's a sense of weight to the fighting and it makes a difference if you get hit. That's not the case in FFXV, in which combat feels light and soft, and there's no major benefit to being dynamic when you can just hold down the circle button until the enemies are dead. I fail to see how that requires more skill.

The protagonists are not, it turns out, members of a rubbish boy band, but they do look like a rubbish boy band, and while you can change their outfits, the small number of alternatives also look like what a rubbish boy band would wear. This game is crying out out for big bags of costumes like Final Fantasy X-2 had; I'm not a big fan of publishers selling frivolous extra content like outfits, but even I would consider paying 50p for something that's not some black trousers and a black jacket.

As you can see, there's far more Good, which is, er, good, because I was a bit wary going into the game. I haven't played all of the titles in the Final Fantasy series -- I haven't started IX yet and that's considered to be the best one -- but I am a bit of a fan. It's far too early to tell if XV will unseat my favourite, 2006's XII, but already it has a better story -- although that wouldn't be difficult -- and the gameplay is almost as much fun, aside from the terrible combat mechanics. We'll see how things progress as I put in more hours over the Chrimble break, but it's thumbs up so far.
Scrawled unintelligibly by thekelvingreen at 12:09 am 4 comments: 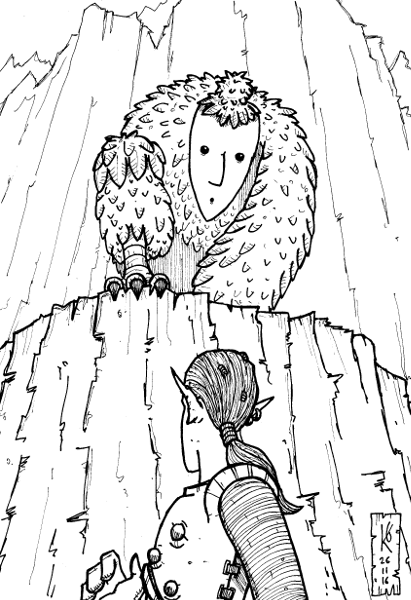 Scrawled unintelligibly by thekelvingreen at 11:09 pm No comments: