Right, now that Heath Ledger has won everything, can the ridiculous hype stop? Or are we angling for a posthumous knighthood too?
Scrawled unintelligibly by thekelvingreen at 9:54 am 3 comments: 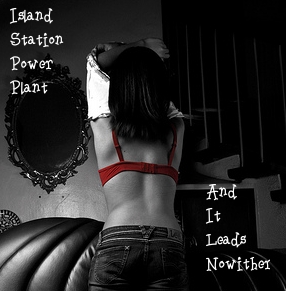 Just to be clear, I'm not claiming ownership of the image. The original picture is called "Undressing an Indio" and was created by Baba G.
Scrawled unintelligibly by thekelvingreen at 12:29 pm 1 comment:

Did it occur to anyone that the reason that so much fuss is being made over the new opening credits for The Simpsons is because the twentyish minutes immediately after haven't been worth talking about for, ooh, about five years?
Scrawled unintelligibly by thekelvingreen at 9:28 pm 1 comment:

Email ThisBlogThis!Share to TwitterShare to FacebookShare to Pinterest
Labels: The Simpsons

A few years ago, I'd almost given up on video games. The whole industry seemed to have devolved into an absurd graphics arms race, and gameplay didn't so much take a back seat, but got forced to the back of the bus to that manky seat with all the dried chewing gum and bogeys stuck to it. Every game seemed to be a World War II first person shooter, a Japanese-style role-playing game, or a sports title. A tiny number of genres dominated, as the big publishing companies saw what was popular and pumped out more of the same. This has always been a problem in the industry, as all the beat-em-ups and scrolling shooters in the 16-bit era prove, but as games got more elaborate, we saw the disappearance of those bedroom programmers who just had an idea for a fun gameplay mechanic and built an entire title around it, whether or not it would sell.

And then came Katamari Damacy. Presentation aside, it could easily have been a £2.99 Commodore 64 release. It's got a unique central mechanic, and the rest of the game is there to serve and embellish that. It's a game for gaming's sake, and I loved it to bits. I bought the sequel, and loved that too. Then came the Wii, and Nintendo's new approach of "sod the graphics, let's make games fun again" and after almost putting video games away forever, I'm back in. I was waiting for Katamari Wii; the philosophies match up, and anyone who's played the rolling ball levels on Super Mario Galaxy knows that the game could work well on Wii, but it was not to be. Instead the Firebomb360 got a half-hearted sequel and Wii owners got nothing.

Until de Blob. It's definitely a post-Katamari game, and probably wouldn't exist without that title; they look very similar, and have the same sort of almost-therapeutic feel to the play. The purity of the game's philosophy is also similar; while there's a token plot*, it's all about the fun of the mechanics, of just playing the game for its own sake. It's not a clone of the earlier title, however; the central mechanic is quite different, based on colour rather than mass, and with the ideas of colour mixing, patterns, and combinations thrown in, it's even a bit more complex than Katamari, although just as intuitive in its own way. The control scheme is by necessity different to the earlier game, and doesn't borrow from Super Mario Galaxy either, presenting a new take which works well and makes good use of the Wii's unique controls.

The graphics aren't groundbreaking, but that's not the point, and the central conceit of painting colours back into a grey world works very well. The music isn't as manic and varied as the wonderful Katamari tunes, but it is a good fit for the game, and quite cleverly associates different sounds with different colours, making the soundtrack somewhat interactive, as (for example) the doo-wops accompanying de Blob as he (literally) paints the town red give way to some freestyle scratching if he turns brown and starts daubing things in that colour.

(As an aside, I'm not sure if there's not something slightly racist about associating the colour brown with "urban" sounds, but perhaps I'm reading too much into it.)

It's not as refreshing as Katamari, but de Blob is nonetheless a very welcome reminder of games-as-games, which is surely why we play these things in the first place, and is a good fun game in its own right. There's lots of replay value in the various unlockable levels and secondary play modes, and it looks to have a decent multiplayer mode, something the Katamari series lacked. All in all, it's a very solid title, and a worthwhile purchase for any Wii owner.

*There is a political edge to the plot, with much talk of revolutionaries and an oppressive police state, and the central conceit of graffiti as a form of protest. There's no real depth to it, but unlike Katamari, the plot is at least about something.

-----
In other news, I started my new job this past Monday. It's not that different to my old job, and it's in the same office, and technically it's a promotion, but I had to apply and interview for it, so it's all a bit strange and unusual.
Scrawled unintelligibly by thekelvingreen at 12:21 pm 1 comment:

Newsflash: Metaphors Are For Stupid People

From the Radio Times, on Being Human:

"The metaphor of werewolves, ghosts and vampires as outcasts from society works well, although Toby Whitehouse is surely good enough to cast away that crutch and write about real people."