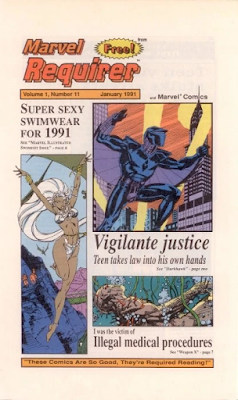 I thought it might be fun to do some writing about comics again, and so I decided I would review every comic Marvel published in 1991. I chose 1991 because the 90's have a bad reputation among comics fans, but I was out of the loop as far as superhero comics go -- with a few exceptions -- at the time, so it would be new to me. Maybe it wasn't all as bad as popular wisdom says it was, and even if it was all terrible, at least I would be seeing for myself.

A little bit of fun to break up all the gaming and drawing posts. That's what I thought.

Then, when I started researching for my first post, I found out that Marvel published over 70 comics in January 1991 alone! Oh dear.

So having underestimated the size of the project to an absurd extent, I'm going to limit it to one comic a week. I will either pick one that jumps out as interesting, or I will let a random number generator decide what I read. If any of you have a favourite Marvel comic from 1991 that you want me to look at, let me know and I will add it to the list.

Oh, and wish me luck, because this may be the stupidest idea I've had in 18 years of the blog.
Scrawled unintelligibly by thekelvingreen at 11:32 pm 4 comments:

A few weeks ago this was going around the interwebs like an STI during freshers' week:

It occurred to me this morning that they also sound a bit like something else:


That's from The Case of Charles Dexter Ward* by HP Lovecraft.

Imagine then some crazed wizard sets an incantation to a bostin beat and puts it on the internet, where it goes viral. People start sharing it on social media, celebrities pick it up and share it, and now it's being played hundreds of times a day and the original video has millions of views.

Is that enough power to make something happen? What does it do? How do you stop it? Not even Delta Green has the clout to shut down Twitter...

Another piece for Running Beagle Games. 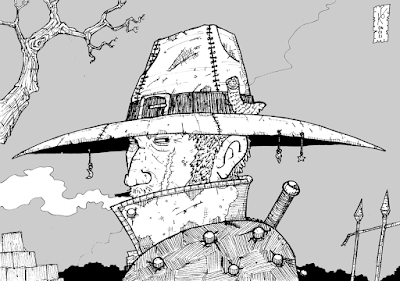 Just before Chrimble I was sent a review copy of Gabriel Ciprés' role-playing game Space Knights: 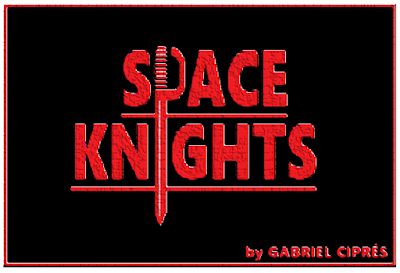 Space Knights is a science fiction roleplaying game about alien invasions, mighty warriors and desperate battles in the dark future. The player characters in Space Knights are no individuals but the companies of an Order of Elite Warriors in a time when humankind has spread through the galaxy and fights for survival. Space Knights uses a PbtA-based system and contains everything you need to play.

Space Knights is a pastiche of Warhammer 40,000, in particular the fascist warrior monks of the Space Marines. The game is short, consisting of 10 pages, which includes a cover and a credits/introduction page. It can be purchased at the very reasonable price of Pay What You Want from Drive Thru RPG.

I haven't had a chance to play it, so these impressions are based on reading the pdf. Don't hate me.


The Bad
The Ugly
All in all, I recommend Space Knights as a fun little game that would fill an evening of play, and brings a new perspective to the experience of playing a power-armoured religious warrior. I have some questions over whether there's anything more to it than a couple of hours of play, but those couple of hours should be fun enough. Assuming the Emperor hasn't banned fun, obviously.

If I get a chance to play Space Knights, I'll update this post -- or write a new one -- about how it went.
Scrawled unintelligibly by thekelvingreen at 12:00 pm 2 comments:

Gnoming Me, Gnoming You 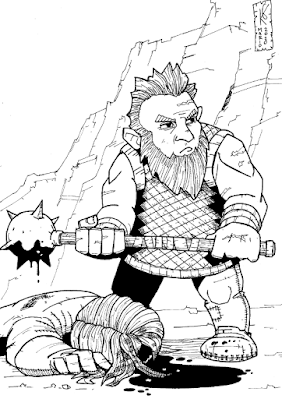 TLDR; all the little beardy dudes are the same species, but everyone thinks they are not.

Gnomes live in the woods, talk to badgers, carve houses into giant mushrooms, and despite being a little eccentric are otherwise okay. Ish. If you can have a normal conversation with a little man or woman and they are not ignoring you while they dig a hole or trying cut your head off, it's probably a gnome.

Dwarves are the incel brodude dickholes. They go off into the mountains, spend all their time drinking beer and bulking up by mining and fighting and working out. They grow enormous beards as a sign of overcompensation masculine power and women are not allowed, which is why everyone else thinks there are no female dwarves. They recruit disgruntled young gnomes by distributing their androcentric philosophies via their "cool" runic language that no one else uses. Magic is for girls, obvs.

Kobolds are gnomes that went to live deep underground where there are no badgers to talk to, and have gone a little mad as a result. Some paint themselves blue, some wear the skins of lizards or dogs. All are mischievous to some extent. They often run around on all fours, and have developed a weird yelping language that sounds like those irritating yapping dogs your great aunt keeps. What no one realises is that this is a dialect of the language of ghouls.

Redcaps are gnomes that have gone beyond "eccentric" into "completely unhinged". The serial killers of gnomish society, these nutters think that if they murder everything they will live forever, or become all-powerful, or some such nonsense. Tiny Ted Bundy in a fancy hat.

Gnomes will, at a push, acknowledge that dwarves and kobolds are their -- misguided -- kin, but prefer not to talk about redcaps and fob off any claims of similarity. They would say it's a case of convergent evolution if they knew those words. Dwarves, for their part, deny any relation to the -- clearly inferior -- others and often try to eliminate kobold communities. Kobolds don't talk sense long enough to answer the question in any useful way, but do seem friendly enough to the others, if encountered. Good luck getting an answer from a redcap.

All of the varieties of gnome-kind -- even kobolds and redcaps! -- get quite, um, bashful at the mention of leprechauns.
Scrawled unintelligibly by thekelvingreen at 12:00 pm 2 comments:

Email ThisBlogThis!Share to TwitterShare to FacebookShare to Pinterest
Labels: dwarf, games, gnome, kobold, my monster manual, redcap, stuff that I drew, stuff you can use

I don't think I've shared this one. I drew over 250 new pictures for Adventure Anthology: Blood, which you can still buy if you want. (EU) (US) (PDF)

You won't see this picture in the book, as it got cut during layout, but I quite liked it. 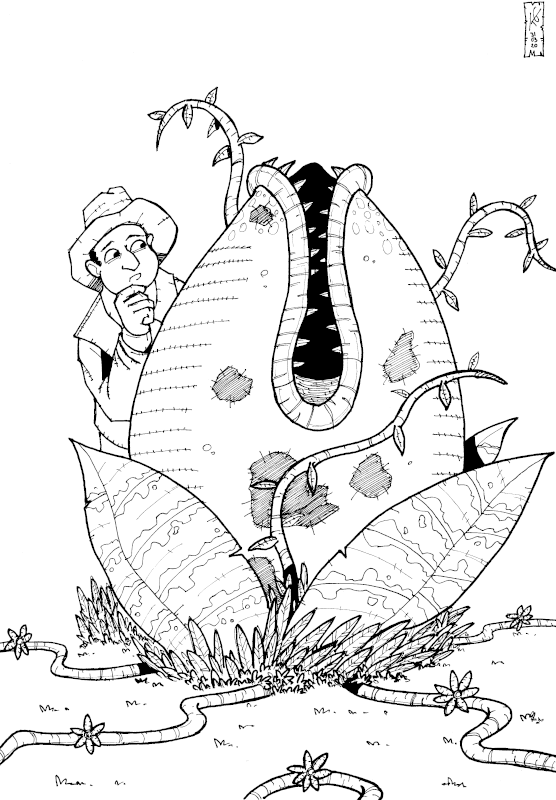 Scrawled unintelligibly by thekelvingreen at 10:22 am No comments:

Email ThisBlogThis!Share to TwitterShare to FacebookShare to Pinterest
Labels: feed me Seymour, Lamentations of the Flame Princess, stuff that I drew
Newer Posts Older Posts Home
Subscribe to: Posts (Atom)