Something has gone wrong and the devils have broken through. Hell has come to earth! Literally! Except devils are Lawful, so this particular colony of Hell turns out to be a functioning, albeit evil, society. 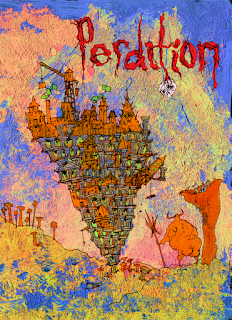 That's the setting of Perdition, a game I bought back in 2016 and for some reason had not read until Tuesday. This turns out to be my error.

Perdition is a Dungeons & Dragons variant with an Old School feel but some modern touches, and in terms of complexity it feels somewhere between a B/X clone and a lighter version of D&D3. The book itself is a complete game with the setting elements conveyed through rules mechanics; there is no gazetteer of the world here, and only a few major personalities -- all devil lords, of course -- are detailed.

The book is written by Courtney Campbell and Arnold K, with art from Heather Gwinn, Marcin S, Matthew Adams, Michael Raston, Russ Nicholson, and that most prolific of artists, Public D. Omain.

The Good (or maybe The Bad in this case, because Bad is Good)

The setting comes through on every page and in almost every line. It's an implied setting, oh yes, but "implied" doesn't seem strong enough a word. Infused, maybe. Soaked, even. You couldn't use this ruleset to play anywhere else but Perdition -- or a similar devil-infested place -- but then you have countless D&D variants for that.

The classes are evocative. some familiar, some new, some familiar but with new twists, but all flavoured -- soaked even -- with Perdition, er, badness. Each of the 12 (!) classes has a fun ability or mechanic and some feel almost like little games within the game. They are similar to 13th Age in that respect, although they are less elaborate and extensive than some of the classes in that game. Even so, each is like a little toy box and they all look like great fun to play. Yes, even the fighter.

As a D&D cousin, Perdition uses experience points, although here they are transformed into prestige. At a basic level, it works much like it does in most OSR variants; go into dungeon, drag out coins, convert into points and levels. But levels have a special importance in a lawful, hierarchical society like Perdition, and that's reflected in the mechanics, as more powerful characters attract more attention from the devils that run things.

Nor is money the only currency, because devils also trade in souls -- which do have a monetary value if you are desperate enough! -- and infernal contracts are common, to the extent that there's a lovely set of mechanics for handling how such agreements work, turning the negotiations into a neat little sub-game in which even the winner can come away with a bad deal.

(This twisty-turny but logical economy of money, souls, and contractual obligations can drive the game and provide the impetus for characters to adventure together. Why are we going on adventures when the devils have already won? Well, because Geoff owes Maluthraxus 2000gp from his last level-up, and Alice has been promised immortality if the black orcs are forced from Thunder Mountain.) 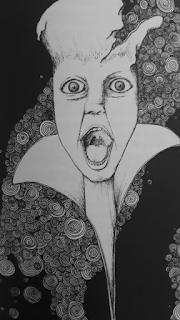 My favourite concept in the entire book is the Vile Conclave, an extension of this ordered system of agreements, contracts, and transactions. The Vile Conclave is brilliant. The world is ruled by devils, and devils like law and order, so of course, there is an official procedure for dealing with them. I don't know if the writers were influenced by the demonic parliament in Disgaea 4, but it's a similar concept. Rocking up at a devil's fortress and killing the fiend is frowned upon, and will probably get you eviscerated by the Devil Police, but players can instead take their grievances to the Conclave. They can also make requests at the Conclave, or even go to make veiled insults to try and force a devil to make a faux pas and thus face sanctions from its peers. All of this works through betting experience/prestige and while the mechanics are a bit light on specifics, it's a wonderful, fun idea, and I could see enthusiastic groups expanding it through use.

(Forms. There needs to be forms. Devilish requisition? That's Form 666B, sir.)

I adore how devils are used in the book. They are evil, yes, but they are reasonable and while you can kill them like your average D&D murderhobo would, there are better -- and more entertaining -- ways to deal with them, and those ways baked into the mechanics and the setting. It's so good. If you're running a game in which devils play a major part, then it's worth getting the book just to steal the contracts and the Conclave.

The Bad (or Good, see above)

Nothing! Honestly, Perdition is full of good ideas, and a handful of average ones, but there's nothing I would call bad in here. Aside from the devils. Ha. There is one extended case where some of those ideas clash and trip over each other, but that's for the next section...

I am not at all fond of the multiple resolution systems. You have attribute tests, which use 2d6 -- or sometimes 2d4 or 2d8, depending on the character -- against target numbers between 5 and 12, depending on difficulty. You also have skills, which are tested against a target of 6, and use a die between 1d6 and 1d12 depending on the skill level of the character. On top of that you have the standard B/X reaction roll, which is a Charisma test, but is a special case that always uses 2d6, and the game also uses a Swords & Wizardry-style saving throw. On top of that there are "struggles" which are opposed tests that involve rolling and totalling hit dice, with the highest total winning. As well as physical hit dice for physical struggles, there are mental/social hit dice for, um, mental and social struggles.

(There's also the good old attack roll and a new social/psychic attack roll, the latter of which works in the same way as the former but uses a different statistic. Some may consider those resolution systems, which they are, but not in the sense I mean here; I don't think it's fair to complain about attack rolls and other task rolls being different in a D&D variant.) 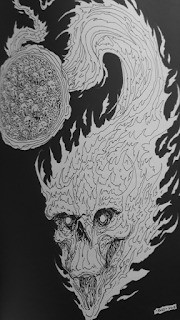 Now, I don't advocate for a universal mechanic here, because like any element of games design, a mechanic is good if it serves a valid purpose, and that's true of a single unified task resolution system too. If there is a good reason for different systems, then so be it.

(The classic example is percentile thief skills in D&D. One compelling argument for them is that switching to a completely different set of dice is a sort of direct, haptic feedback that reinforces the feel that these are a set of abilities unique to the thief.)

The issue I have with the multiple systems in Perdition is that I cannot espy the valid purpose; it feels like a bit of a janky kitbash and I imagine it would be chaotic and confusing at the table. Maybe not, but I can't see any good reason why a unified mechanic -- or at least some streamlining -- wouldn't have been worthwhile, a bit of filing down of the spiky bits.

I've written quite a lot about the task resolution, which suggests that it's a big problem, but in truth it's a minor issue and it's really the only Ugly part of the game. There is so much to enjoy here.

Perdition has lots of great ideas, heaps of fun mechanics that make you want to get to the table and play right away, and a lovely, light, and elegant evocation of setting through rules. It's very good indeed and I am kicking myself for leaving this unread on my shelf for five years. Sorry, Courtney, sorry Arnold!

My copy of Perdition is a hardback printed by Lulu.com back in 2016. It doesn't look like it is available any more but you can get a pdf from DriveThruRPG.
Scrawled unintelligibly by thekelvingreen at 10:00 am