When Mantic announced their future sport board game DreadBall a lot of people claimed they were ripping off Games Workshop's Blood Bowl although the similarities were little more than superficial. A smaller number of people -- myself included -- noted that the game was rather reminiscent -- in looks at least -- of something else. 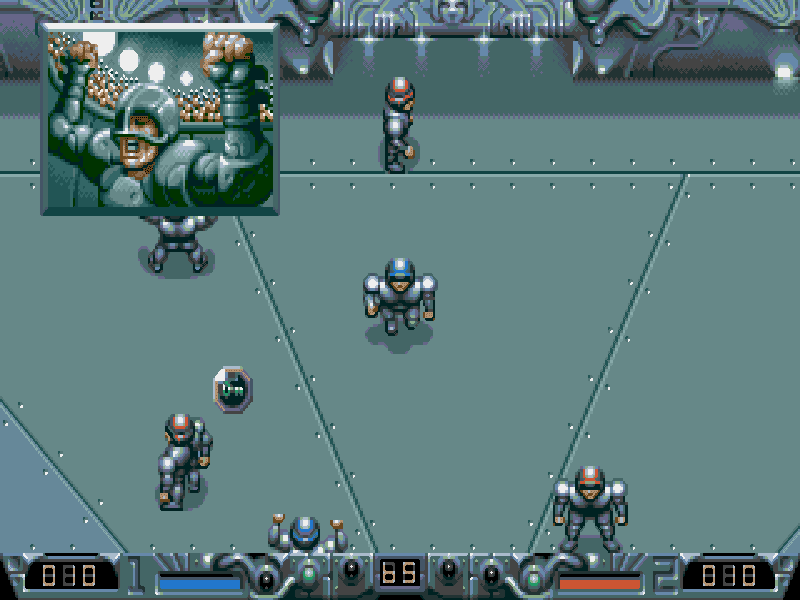 It turned out that designer Jake Thornton had never heard of Speedball 2 and any similarities were but a coincidence but that didn't stop a number of fans painting their teams up to mimic the teams in the computer game. It also didn't stop Mantic announcing this today:

That's the chap from the cover of Speedball 2 as a miniature for use in DreadBall, available as part of the company's latest Kickstarter. I'm not backing this one because Blood Bowl is one of my favourite games and I never get to play that so I'm not about to buy something else that will go unplayed; even so I have to applaud Mantic for responding to its fans and -- most of all -- for having a sense of humour.
Scrawled unintelligibly by thekelvingreen at 8:37 pm